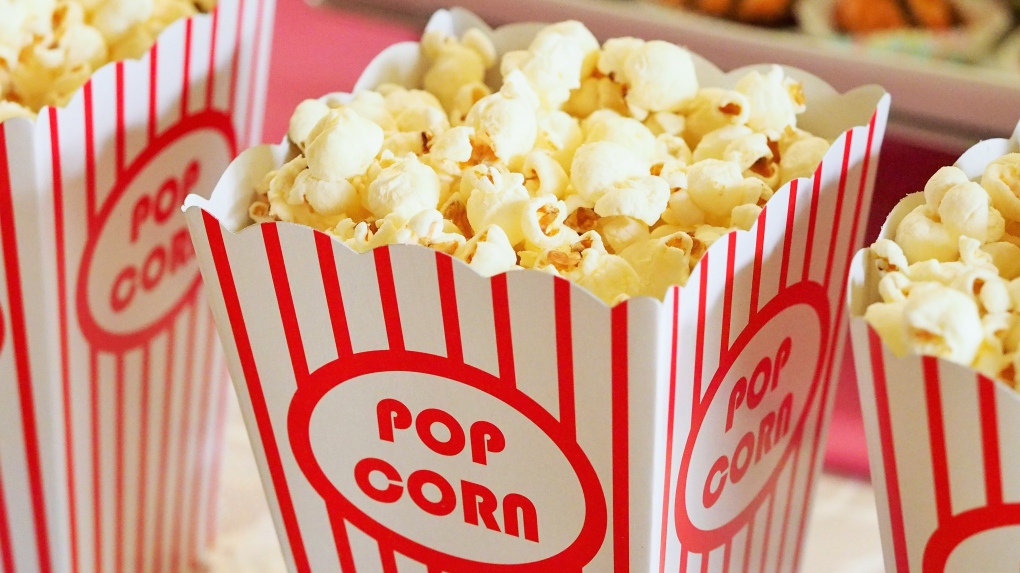 TORONTO -- A British man tried to remove a popcorn kernel that was stuck in his tooth with a pen lid, nail and wire, according to media reports, leading to a serious infection that required heart surgery to fix.

In a Facebook post earlier from this month, Helen Martin from Truro, U.K. described her husband Adam’s harrowing ordeal that ended with him getting a new heart valve.

“Adam’s infective endocarditis (a bacterial infection in heart and lungs) was caused by a small gum infection from getting a little bit of popcorn husk stuck in his gums,” she wrote.

If left unchecked, the infection -- normally treated by antibiotics -- can eat away at heart valves and cardiac muscles.

Martin’s husband, who she described as a “reasonably fit and healthy builder” and full-time firefighter, told Cornwall Live he was fortunate he sought medical help when he did.

Otherwise, “I could have been dead in three days,” he told the U.K. outlet.

Cornwall Live also reported that doctors determined Martin not only had a heart murmur, but also an infection and a “Janeway lesion” on his toe -- a telltale sign of trouble with his heart.

Two weeks later, after Martin felt pain in his legs and had trouble sleeping, doctors told him his heart valves were infected.

In the Facebook post, his wife explained “if Adam’s infection was caught earlier, it could (have) been treated with antibiotics.” Because it wasn't, major surgery was needed.

And, in the span of one week, Martin said her husband underwent two surgeries with the latter being “open-heart surgery to replace his aortic valve, repair his mitral valve and patch up an abscess (a collection of pus).”


INFECTION LIKELY DUE TO HIS ATTEMPTS TO REMOVE KERNEL

In an email, Vancouver general practitioner Dr. Melissa Lem told CTVNews.ca that she’d never heard of a case like Martin’s before but that “poor dental hygiene is a known risk factor” in infective endocarditis.

Lem said the likely cause of the infection could have been avoided.

“In this case, it sounds like the poking and prodding the patient did with improvised tools like a pen lid and wire to dislodge the popcorn is more likely what caused the problem,” she suggested. The poking and prodding likely traumatized the gums and "likely introduced pre-existing bacteria in his mouth into his blood stream."

The gums are sensitive tissues filled with blood vessels. When they’re scratched open, they become highly vulnerable to pathogens. And because the mouth is a hotbed for bacteria already, any opening or cut could spell danger.

Lem said the best protection against any infection is simply flossing regularly each day and brushing twice daily. She added that people can “minimize the chances of getting an infection during dental work by talking to your doctor about whether or not you need to take antibiotics beforehand, particularly if you have an abnormal heart or heart-valve structure.”

Martin appeared to echo that advice, advising her readers to see a dentist at “any sign of (a) toothache, bleeding gums, abscess” as “your gums are a bacterial highway to your heart.”

But Dr. Lem urged people to keep things in perspective. “Thankfully, the vast majority of people who get food stuck in their gums will not develop endocarditis,” she said.

“Our immune systems are usually up to the task of dealing with a few bacteria in our bloodstream,” she said. “That said, infections and inflammation resulting from poor dental hygiene have also been linked to other serious conditions like hardened arteries, Alzheimer’s disease and kidney disease, so it’s always a good idea to pay attention to your oral hygiene.”