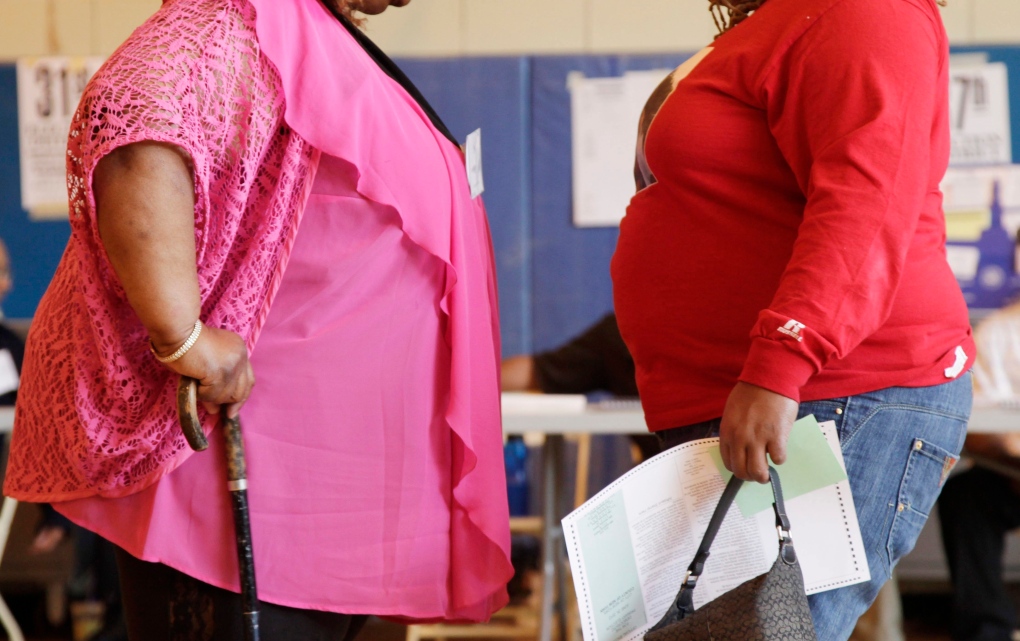 CHICAGO -- Fewer overweight Americans have been trying to lose weight in recent years, and researchers wonder if fat acceptance could be among the reasons.

The trend found in a new study occurred at the same time obesity rates climbed.

"Socially accepted normal body weight is shifting toward heavier weight. As more people around us are getting heavier, we simply believe we are fine, and no need to do anything with it," said lead author Dr. Jian Zhang, a public health researcher at Georgia Southern University.

Another reason could be people abandoning efforts to drop pounds after repeated failed attempts, Zhang said.

The researchers analyzed U.S. government health surveys over nearly two decades from 1988 through 2014. The surveys involved in-person physical exams and health-related questions including asking participants if they'd tried to lose weight within the past year. More than 27,000 adults aged 20 to 59 were included. They were not asked to explain their answers.

Body mass index, a measure of height and weight, determines weight status. Those with a BMI of 25 to 29 are considered overweight; 30 and above is obese. A BMI of 30 generally reflects being about 50 pounds above your ideal weight.

The results were published Tuesday in the Journal of the American Medical Association.

Dr. Scott Kahan, director of a weight-loss clinic in Washington, said the study is important and echoes previous research. He acknowledged that it has become more acceptable in some circles to be overweight, but that many patients still feel stigmatized. He said many come to his centre after repeated attempts to lose weight and some give up for a while out of frustration.

The study found obesity was most common among black women -- 55 per cent were obese in the most recent survey years, and there was a big decline in black women trying to lose weight. Whether that's because of fat acceptance, dieting frustration or other reasons is not known.

Zhang said there's a positive side to fat acceptance, if it means people feel less ridiculed for their weight. But obesity can increase risks for heart disease, diabetes, cancer and other ailments.

The findings "are a very serious concern," he said.

"We should forget the words 'fat' or 'obesity,"' Zhang said, adding that a healthy lifestyle may be an effective way to help people lose weight.