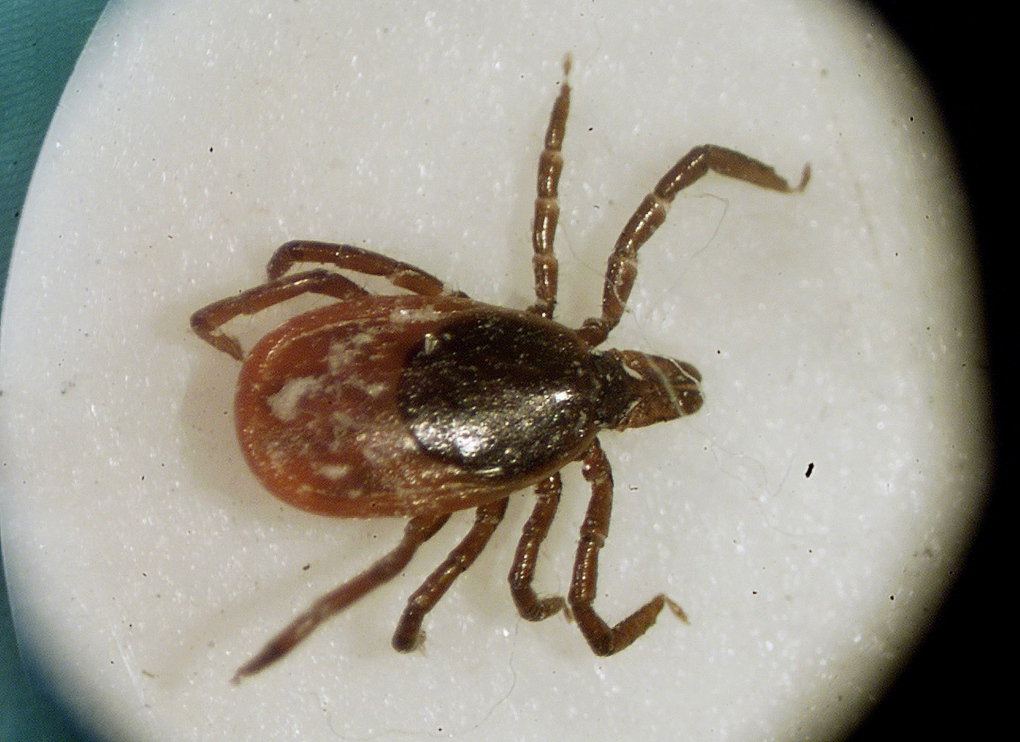 This is a March 2002 file photo of a deer tick under a microscope in the entomology lab at the University of Rhode Island in South Kingstown, R.I. (AP Photo/ Victoria Arocho, File)

OTTAWA -- The federal government is hoping a new research framework will help doctors better diagnose and treat the ballooning number of Lyme disease cases across Canada.

Health Minister Jane Philpott introduced the framework Tuesday in the House of Commons, and also announced a $4-million investment to get the research network up and running.

"The aim of the Lyme disease research network will be to generate new evidence and data about Lyme disease, about how to improve diagnosis and treatment and to help us better understand its causes and its transmission," Philpott said.

"We aim to help health professionals with diagnoses and best practices, and we aim to increase Canadians' awareness so that they can take measures to reduce the possibility of getting Lyme disease."

Input from federal, provincial and territorial ministries, as well as patient groups and researchers, were considered as Ottawa looked to develop the framework, said Philpott.

Just over a month ago, critics were condemning a draft framework put forward by the government, with some referring to it as "ridiculous."

They said the draft relied on outdated guidelines and ignored the explosion of research into Lyme disease over the past decade. Medical professionals also complained that Canada lacked the capacity to properly test for the disease.

But while not all critics will be silenced, said federal Green party Leader Elizabeth May, she's satisfied that the redrawn framework will move research and understanding of Lyme disease in the right direction.

"I'm very relieved we have it," May said Tuesday. "I think there's been significant progress made over the draft issued earlier in the spring."

There's still more to do, she added: "This is not going to be enough for people who are concerned, but I think it's a very positive step that we've gotten here."

Lyme disease is caused by bacteria transmitted by the bite of infected ticks.

The Public Health Agency of Canada said there were more than 900 cases of Lyme disease in 2015, up from roughly 140 in 2009. Preliminary numbers for 2016 suggest the overall numbers may have levelled off for now.

But with the illness being diagnosed in southern B.C., Manitoba, Ontario, Quebec, Nova Scotia and New Brunswick, some estimates indicate Canada could see between 10,000 and 20,000 new cases each year, should the ticks that carry the bacteria continue to expand their range into other parts of the country.

The condition has been considered a nationally notifiable disease since 2009, meaning it has been flagged by the federal government and all provinces and territories as a priority for monitoring and control.

With files from Kristy Kirkup