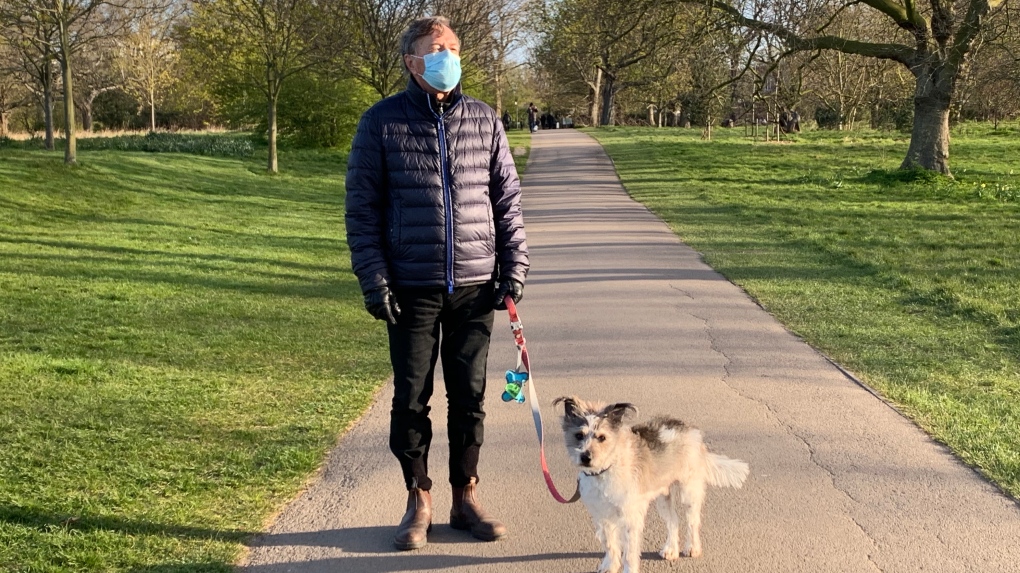 The Royal Parks people announced new regulations over the weekend. Until further notice, all dogs must be kept on a lead. A lot of us are worried they will close the parks entirely, as other places have done.

Police were out telling people the new rule applies to all open spaces in London, which are normally a dog’s world, free to run, to chase squirrels, flop in the mud. As a lover of Corgis, I wonder what the Queen thinks. After all, they’re her parks!

At this moment, it might be instructive to bring in President Charles de Gaulle of France and Elizabeth Taylor. They both offered wise advice about dogs. “The better I get to know men,” said de Gaulle, “the more I find myself loving dogs.” And Ms. Taylor: “Some of my best leading men have been dogs and horses.”

For God’s sake Workman, get a grip. He’s a dog!

Pet owners immediately blamed inconsiderate joggers for this disappointing state of affairs. It was all out war on the neighborhood website www.nextdoor.co.uk.

“Dear Runners, please be conscious of big mouth breathing as you run towards others or pass them by.”

This was my favorite:

“I have taken to carrying a stick which I hold out to the side of me to force runners and others to keep a safe distance. I’ve been on the heath every day this week and runners and cyclists don’t seem to care about social distancing at all.”

Sorry Sam, that’s just the way it is in this age of global pandemic. We all have to make sacrifices. For anybody who might like to express their sympathy, he can be reached at: thesammygrams on Instagram.

Which leads appropriately into this morning’s breakfast conversation:

She: “How many people do you think are, like, cheating? Going out twice a day. Even though they know they shouldn’t.

In the study of human psychology, it’s a theory known as Tragedy of the Commons, where people put their own interests first—as I was duly educated by somebody who actually remembered this from university.

If one person says “maybe I’ll go twice to the park,” and her neighbor says, “well, if she’s going twice, I should be able to go twice too.” Then the park will be overcrowded and they’ll close it.

We saw the first pictures today of Boris Johnson under quarantine. There he was, in a casual blue sweater, inside his Downing Street COVID-19 bunker, “working remotely,” said his people. There has been no update on his condition. He looked okay, but then makeup can do a lot.

You may remember his optimistic prediction from a week or so ago that Britain could “turn the tide” on this plague in three months.

Today he sent a letter to every U.K. household—30 million homes—warning that “things will get worse, before they get better.” And, the lockdown might even have to be intensified, if people don’t obey and stay at home.

On top of that cheery news, a prominent health-care official says Britain will do well if it can come out of this epidemic with fewer than 20,000 deaths. Not to be alarmist, but that’s like wiping out the entire population of my home village 16.6 times.

Tomorrow will be Day 7. I don’t know about anybody else, but I’m certainly counting.