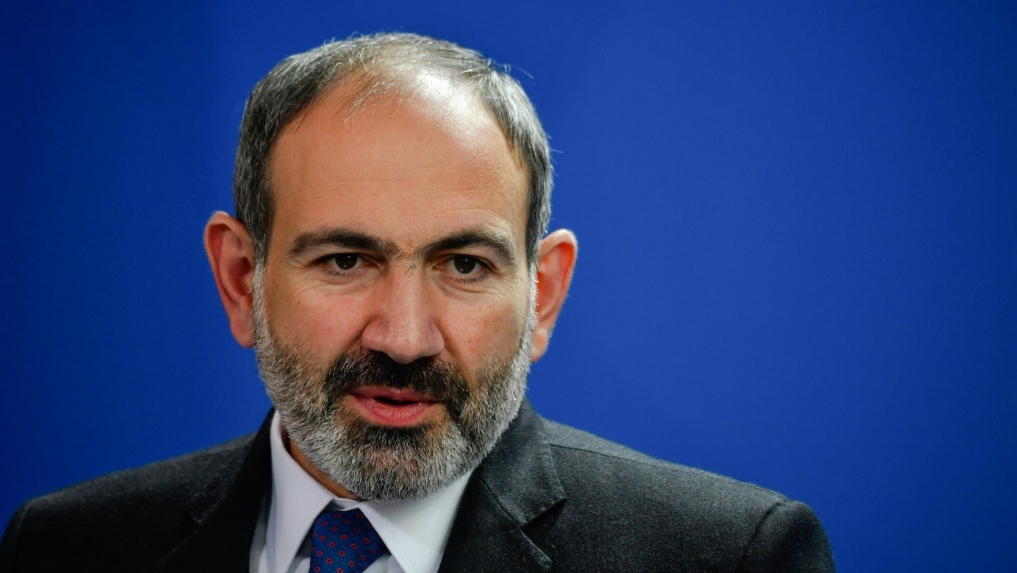 Nikol Pashinyan said he had no 'visible symptoms.' (AFP)

YEREVAN, ARMENIA -- Armenian Prime Minister Nikol Pashinyan, who turned 45 on Monday, said he and his family had tested positive for the new coronavirus and that he would be working from home.

Pashinyan, said in a video message posted on Facebook that his "coronavirus test was positive yesterday" and that his wife and four children were also infected.

He did not have any "visible symptoms" and would be working from home "to the best of my ability," Pashinyan added in the clip he recorded himself.

The ex-Soviet republic with a population of around three million people has registered 9,492 coronavirus cases and 139 deaths.

COVID-19 patients have overwhelmed hospitals and health officials last week said that intensive care beds could be soon reserved for patients with the best chance of survival.

Health Minister Arsen Torosyan has said that out of 186 intensive care units in the country reserved for virus patients, only 32 are empty and those would soon be filled.

Russian President Vladimir Putin called Pashinyan to congratulate him on his birthday and to offer "words of support" for a speedy recovery, the Kremlin said.

Pashinyan's announcement came nearly one month after Armenia lifted a state of emergency imposed in March to slow the spread of the coronavirus.

He has acknowledged failings in his government's coronavirus response including efforts to enforce anti-virus measures.

He told a cabinet meeting several days ago that "false rumours that the pandemic is a fiction" were to blame for widespread quarantine violations.

"People don't believe that the virus exists, because 70 percent of cases are asymptomatic," he said.

Medmedia.am reported the pandemic was fake and falsely claimed that a local morgue offered money to a dead patient's relatives to sign documents saying the death was caused by the coronavirus, openDemocracy said.

The pandemic has badly impacted the poor ex-Soviet country.

The economy grew by 7.6 per cent last year but the International Monetary Fund has forecast GDP to fall by 1.5 per cent in 2020.

Armenia's central bank has said all sectors of the economy will suffer, especially tourism and construction.

In March, the government came up with an economic stimulus package worth U$303 million (277 million euros), offering enterprises direct financial aid and a three-month tax holiday, among other measures.

Pashinyan was elected prime minister in the wake of mass popular protests he led two years ago against veteran leader Serzh Sarkisian and his Republican Party.

He has since led a relentless crusade against graft and initiated sweeping judicial reforms.