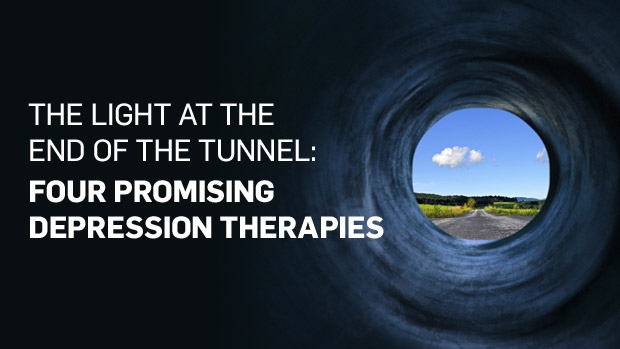 Canadian research teams have been leading the charge in developing innovative ways to boost patient well-being.

The last few decades have brought an influx of effective antidepressant medications that, for many patients, have offered good relief when combined with psychotherapy (or so-called "talk therapy.")

But for many, their depression never fully lifts, even with therapy and medication. For others, the medications are helpful but long-term use of the pills isn’t realistic.

That’s why research has been ongoing into “adjunct therapies” -- companion treatments that can be used to boost the effectiveness of medication and psychotherapy, or to help patients who have moved off their meds to stay well.

Several Canadian research teams have been leading the charge in these therapies, developing innovative new ways to boost patient well-being. Here’s a look at a few of them. 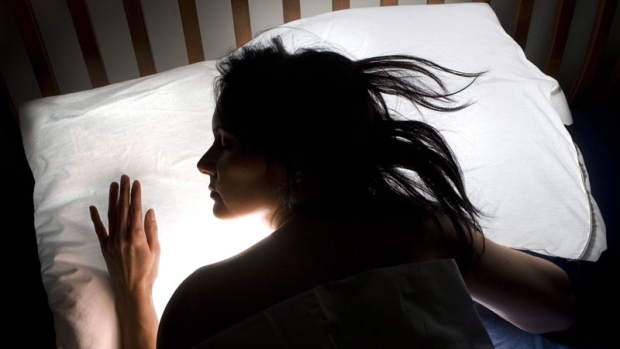 For those with major depression, insomnia is often an unwelcome partner. Depressive thoughts keep them awake, interrupting their dreams, while the resulting chronic fatigue makes it harder to fully participate in the therapy that could help them. It becomes a vicious cycle.

But now researchers in Toronto are looking at whether intensively treating insomnia at the same time that the depression is treated could help speed up recovery.

Ryerson University psychologist and sleep specialist Dr. Colleen Carney says it’s always been assumed that the sleeplessness of insomnia was simply a symptom of depression -- or that depression caused insomnia. But now, there’s growing evidence that it’s often untreated insomnia that sends one into the spiral of depression.

What she and her team have found is that it’s crucial to treat both at the same time to end the cycle.

“It’s so important to treat insomnia at the same time as we treat depression because we know that those with insomnia don’t do as well in psychotherapy and with pharmacotherapy,” she tells CTVNews.ca.

At her sleep lab, Carney’s team recently completed a small study on patients with insomnia who were also going through a major depressive episode. She had the patients come in for four sessions of cognitive behavioural therapy (CBT) in which they were trained to find sleep schedules that aligned best with their internal clocks.

They were also told about techniques to help them when they were “hyper-aroused,” tossing and turning with a storm of noisy thoughts in their brains. They were advised to get out of bed when they couldn’t sleep, for example, or engage in activities such as mindfulness meditation.

Many of the strategies Carney uses are listed in a book she co-authored in 2009, called “Quiet Your Mind and Get to Sleep: Solutions to Insomnia for Those with Depression, Anxiety or Chronic Pain.”

“So it’s clear there was a big difference,” she says.

Carney says what’s appealing about her approach is that it doesn’t have to be administered by a sleep specialist or psychiatrist; anyone can learn the techniques. And because most patients can learn what they need to do to cure their insomnia in just four CBT sessions, it could become a highly cost-effective, effective new approach to managing depression.

Taking a walk in nature to clear the mind 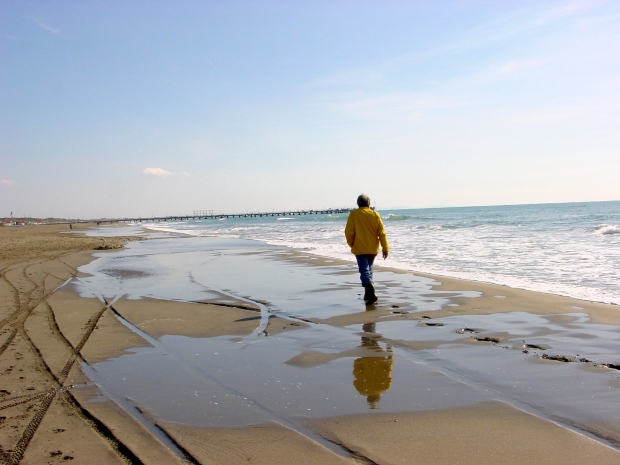 Could something as simple as getting outside more often to commune with nature help give those with depression a mental boost? Researchers at Baycrest’s Rotman Research Institute in Toronto think it might.

Dr. Marc Berman has been studying the rejuvenating effects of a growing area of research called “eco-therapy” for several years. Recent studies have found there is something restorative about interacting with peaceful nature settings that helps to reset our minds.

Berman’s research has looked at how hour-long walks in natural settings, such as woodlands and parks, can improve people’s performance on memory and attention tests. One study he had published in 2008 found that healthy adults improved their performance on memory and attention tests by 20 per cent compared to those who took walks on busy city streets.

Berman has said that nature walks may be effective because they give our brains a break from being hyper-stimulated with distractions, which can take a toll on our memory and attention systems. During nature walks, the brain can relax, a concept dubbed attention restoration theory, or ART.

In a small study published this year in the Journal of Affective Disorders, Dr. Berman and his research team explored whether a nature walk would also improve mood for people with clinical depression.

Berman has said he was skeptical that a walk in the park would provide much benefit, and even worried that walks might even give depressed patients more time to ruminate about their troubles, perhaps worsening their symptoms.

In fact, the nature walks helped participants perform 16 per cent better on attention and working-memory tests compared to those who were asked to take walks in urban settings.

Still, Berman was pleased to see that the nature walks provided some cognitive benefits, suggesting they could be a good companion therapy to more traditional depression treatments, such as psychotherapy and medications. 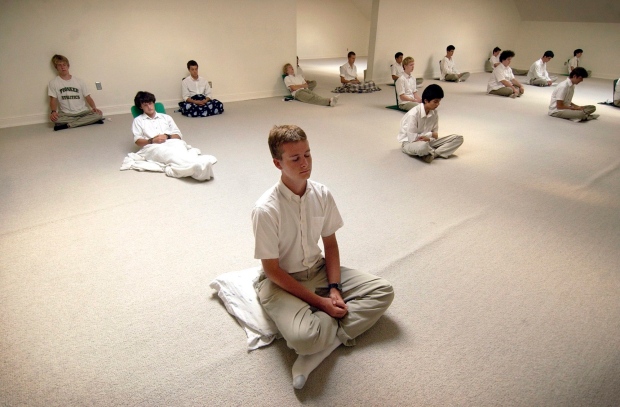 While the standard depression treatments of psychotherapy and medications put many patients into full remission, many don’t fully recover and relapse into depression within a matter of months or a few years. The Public Health Agency for Canada estimates that more than 50 per cent of those who experience major depression have at least one more episode later on.

The problem with relapse is that it puts patients at risk of developing a more chronic form of depression recurrence, in which they slip into the same cycles of negative thought patterns over and over again.

Clinical psychologist and researcher Dr. Zindel Segal, who is part of the Mood and Anxiety Disorders Program at the Centre for Addiction and Mental Health in Toronto, has been working for many years on treatments to help end the depression relapse cycle.

Segal is credited with helping to develop a form of depression treatment called mindfulness-based cognitive therapy, or MCBT. The therapy combines the well-established talk therapy method of cognitive behavioural therapy, which involves helping patients become aware when they are slipping into negative thinking patterns in which they magnify their failures and minimize their successes.

But Segal’s approach also brings in mindfulness, a form of meditation that involves quietly sitting and focusing attention on thoughts and sensations in the present moment, while also gently observing intruding thoughts without judging them.

Along with several CBT therapy sessions encouraging patients to develop alternative ways of thinking, MCBT patients are given “homework” in which they are asked to engage in 30 to 40 minutes of formal mindfulness meditation a day.

The idea is that patients will eventually begin to use mindfulness techniques to regulate their mood informally, in everyday stressful situations. So if perhaps they’re finding themselves in a situation that would normally cause them to slip into self-doubt, they can use the same emotion-regulation skills taught in mindfulness meditation to be able to observe the stressful experience without being fully drawn into it.

Segal led a study, published in 2010 in the Archives of General Psychiatry, that found practising MBCT can provide good protection against depression relapse. In fact, the therapy alone was as good at preventing relapse as staying on antidepressant medications.

Now, almost a decade after Segal’s research began, MCBT is being taught regularly in the U.K. and Europe. And here in Canada, other psychiatrists and psychologists are also exploring the benefits of MCBT for other mood problems and anxiety disorders.

Bipolar disorder, once called manic-depression, can be a devastating illness when left untreated, with the severe mood swings leading to everything from destroyed relationships to unemployment and sometimes suicide.

But it’s also a disorder that many patients have learned to live with, leading relatively normal lives.

“We know that people can live with very well with this disorder,” says psychiatric researcher Jehannine Austin. “So we wanted to learn more about the strategies that patients who are living well with BD are using every day.”

Austin is part of a large research program based in Vancouver called CREST.BD, (Collaborative RESearch Team to study psychosocial issues in Bipolar Disorder), which is seeking to understand why some bipolar patients function well and others do not.

What makes the study unique is not only are clinicians and bipolar experts part of the research, so are scores of bipolar patients. Together, they have been searching the medical literature for the best self-management strategies, while also spending countless man hours scouring what they call “grey literature” for ideas, reading blogs, the writings of bipolar patients, watching videos, brainstorming all the key strategies that well-patients use to stay well.

“What’s really unique about this program is that it really puts lived level expertise at the same level as the expertise of psychiatrists and other clinicians,” says Austin.

They’re currently distilling these ideas into key categories. But what they’ve found is that some of the same self-management strategies come up over and over again. The strategies range from everything from keeping to good sleep routines, to self-monitoring for the physical and mental warning signs of either depressive or manic episodes.

For example, patients entering a manic phase might notice they suddenly feel they have no need for sleep, or they are talking much more than usual. And it’s not just negative experiences that can trigger depressive or manic episodes; the CREST team has found it can also be happy stressors, such as planning one’s wedding, for example.

By the end of the three-year research project, the team hopes to create an online “wellness centre” that bipolar patients across Canada would be able to access online, answer a few questions to assess how they are coping, and then find the information and resources they need.

As well, the research team will have gathered a strong list of the most effective lifestyle strategies that bipolar patients with this lifelong condition say have helped them manage well and improve their quality of life.