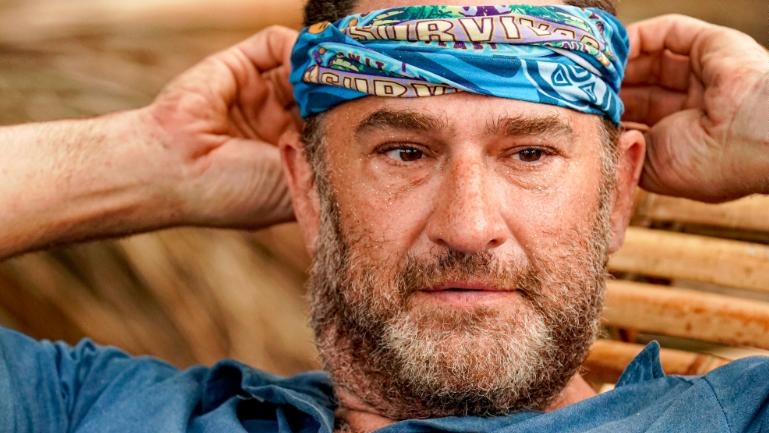 Dan Spilo, a 48-year-old talent manager, was the first contestant asked to leave "Survivor" in the show's 39 seasons. (Robert Voets/CBS via Getty Images/CNN)

For the first time in the history of the long-running competition show "Survivor," a contestant was pulled from the series over an issue of conduct.

Dan Spilo, a 48-year-old talent manager, was the first contestant asked to leave the game in the show's 39 seasons.

At the end of Wednesday night's episode a title card on the screen read, "Dan was removed from the game after a report of another incident, which happened off-camera and did not involve a player."

Spilo's behavior on the show had been a plot line this season. Kellee Kim, one of the others contestants on "Survivor" this season, had made it known that she was uncomfortable with the way in which he touched her and on day 22 of filming the show issued an official warning to Spilo.

Kim took to Twitter following the dramatic episode and criticized how it was handled.

"CBS and Survivor were on notice of Dan's behavior from the very first days of the game. And, as Survivor fans know, shortly after I spoke up on camera, I was voted off the show. Since then, I've accepted genuine, heartfelt apologies from fellow castaways, but I've continued to feel disappointed by how this pattern of behavior was allowed to occur for so long."

The show's longtime host, Jeff Probst spoke to Entertainment Weekly about Spilo's sudden departure but did not divulge any details.

"I've endeavored to be as forthcoming as possible with you regarding everything that has happened this season," he said. "In this situation, out of respect for privacy and confidentiality, I can't say anymore."

He added that Spilo was "not happy" when the show told him that he had to leave, but after they talked through it, Spilo "had calmed down and was actually very respectful as he departed."