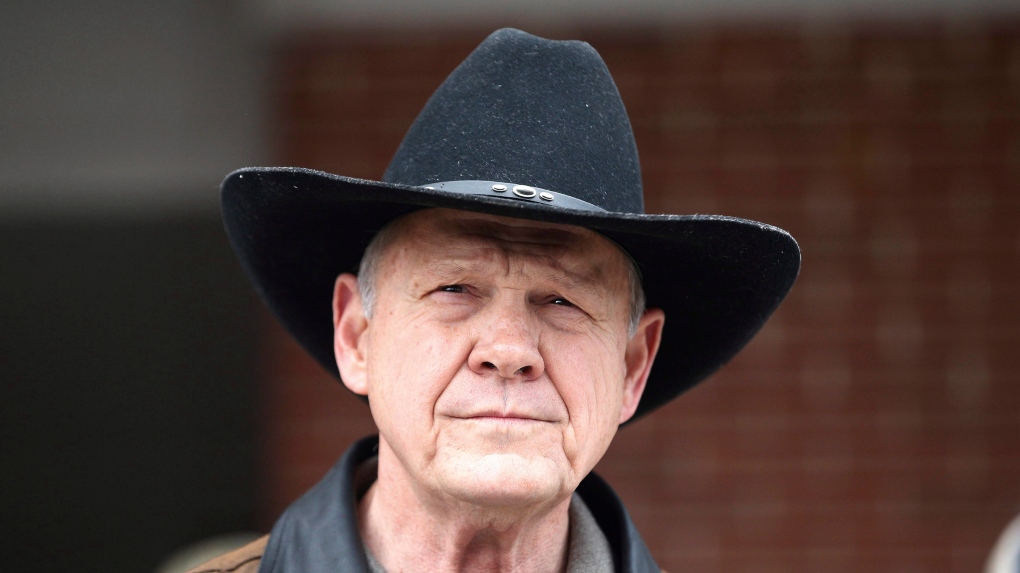 In this Dec. 12, 2017, file photo, U.S. Senate candidate Roy Moore speaks to the media after he rode in on a horse to vote in Gallant, Ala. (AP Photo/Brynn Anderson, File)

GADSDEN, Ala. -- Defeated Senate candidate Roy Moore is talking about a defamation suit after discovering that he too was duped by actor Sacha Baron Cohen for his upcoming television series.

In a statement posted on Facebook, Moore says he accepted an all-expenses trip to Washington in February after being told he'd receive an award for supporting Israel. He says he didn't know Cohen would mock Israel and scheme to humiliate him and other conservatives such as Sarah Palin and Dick Cheney.

"I did not know Sacha Cohen or that a Showtime TV series was being planned to embarrass, humiliate, and mock not only Israel, but also religious conservatives such as Sarah Palin, Joe Walsh, and Dick Cheney," Moore wrote on Facebook.

"I am involved in several court cases presently to defend my honour and character against vicious false political attacks by liberals like Cohen," Moore added. "If Showtime airs a defamatory attack on my character, I may very well be involved in another. As for Mr. Cohen, whose art is trickery, deception, and dishonesty, Alabama does not respect cowards who exhibit such traits!"

"Who Is America?" premieres Sunday on Showtime.

Neither Showtime nor Cohen responded to requests for comment.

Moore is suing four women who raised decades-old allegations of sexual misconduct during his Senate race. His statement Thursday says that if Showtime airs a defamatory attack on his character, he might have to defend his honour again.