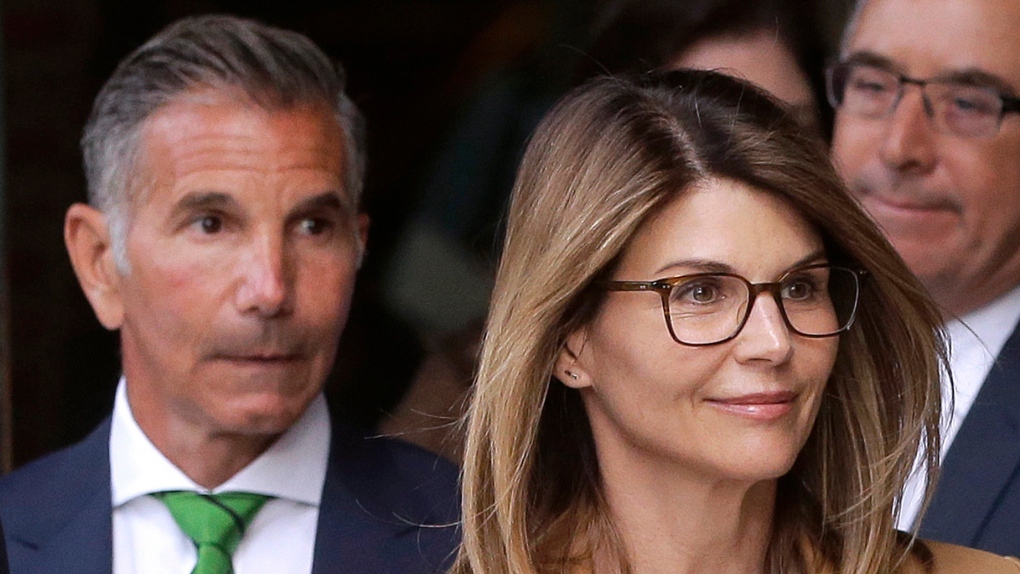 BOSTON -- Lawyers for "Full House" actress Lori Loughlin and her fashion designer husband, Mossimo Giannulli, said Wednesday that new evidence shows the couple is innocent of charges that they bribed their daughters' way into the University of Southern California.

An attorney for the couple said in a legal filing that prosecutors provided the defence with notes written by the admitted ringleader of the college admissions cheating scheme that support the couple's claim that they believed their payments were legitimate donations, not bribes.

"This belated discovery ... is devastating to the government's case and demonstrates that the government has been improperly withholding core exculpatory information, employing a `win at all costs' effort rather than following their obligation to do justice," attorney Sean Berkowtiz wrote.

The filing came on the eve of a status hearing in the case scheduled for Thursday at Boston's federal court in the sweeping college admissions bribery case. It was expected that the judge would set a trial date for the parents still fighting the charges at that hearing.

Now, the couple's attorneys are asking the judge to postpone the setting of the trial date in light of the new evidence, saying "it is the only fair way to protect the defendants' rights."

Loughlin and Giannulli are accused of paying $500,000 to get their daughters into USC as crew recruits even though neither was a rower. Authorities say the money was funneled through a sham charity operated by college admissions consultant Rick Singer, who has pleaded guilty to orchestrating the scheme.

Lawyers for Loughlin and Giannulli have argued that the couple believed the payments were "legitimate donations" that would go directly to USC as a fundraising gift or support Singer's charity. They have accused prosecutors of hiding crucial evidence that could prove the couple's innocence because it would undermine their case.

The new information provided to the defence includes notes written by Singer detailing his discussions with FBI investigators about recorded phone calls he had with parents, Berkowitz wrote. Singer said in his notes that the FBI told him to lie by saying that he told the parents who participated in the scheme that their payments were bribes, instead of legitimate donations to the schools, the attorney said.

"They continue to ask me to tell a fib and not restate what I told my clients as to where there money was going -- to the program not the coach and that it was a donation and they want it to be a payment," Singer wrote, according to the filing.

Berkowtiz called the information not only "exculpatory, but exonerating for the defendants the government has charged with bribery."

The couple is among 15 prominent parents still fighting accusations that they rigged the college admissions system by paying people to pretend their kids were star athletes for sports they didn't play or cheat on their children's entrance exams.

Nearly two dozen parents have pleaded guilty, including "Desperate Housewives" star Felicity Huffman, who was sentenced to two weeks in prison for paying $15,000 to have a proctor correct her daughter's SAT answers.

Federal prosecutors have said the first trial for the parents should begin in October, and that Loughlin and Giannulli should be tried in the first group.

But lawyers for the parents said the substantial amount of evidence, outstanding pretrial motions and "general complexity" of the case made a trial this fall impossible and that there should be no trial before next February.