Marvel Phase 4 kicks off with Angelina Jolie, 'The Eternals' 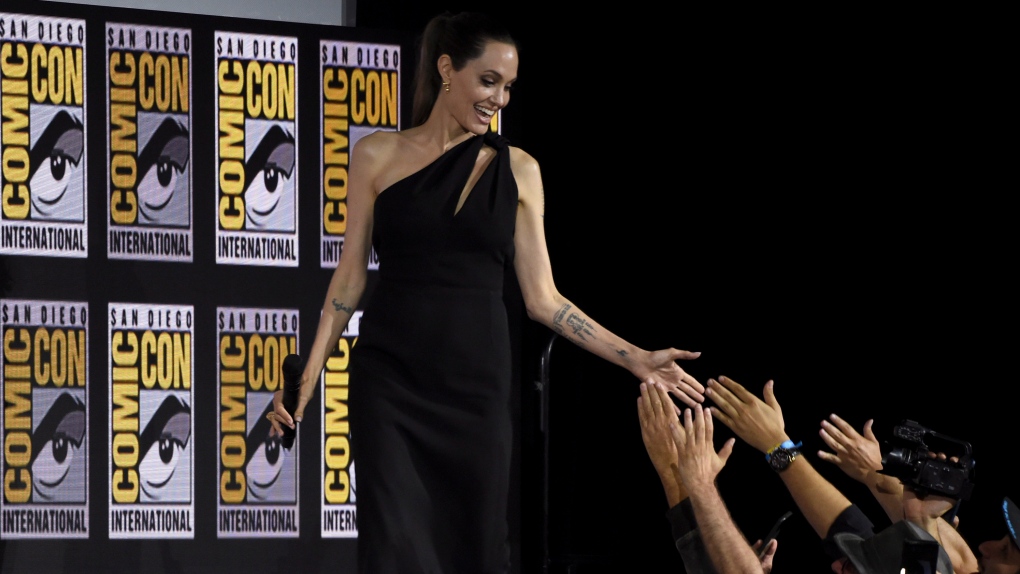 Angelina Jolie greets fans as she walks on stage at the Marvel Studios panel on day three of Comic-Con International on Saturday, July 20, 2019, in San Diego. (Photo by Chris Pizzello/Invision/AP)

Jolie says she's already in training and is going to work 10 times harder than she has on any action film before.

Phase Three of the Marvel Cinematic Universe ended this summer with "Spider-Man: Far From Home" and "Avengers: Endgame."

Feige also says "Endgame" will surpass "Avatar" as the highest-grossing film ever in a few days.