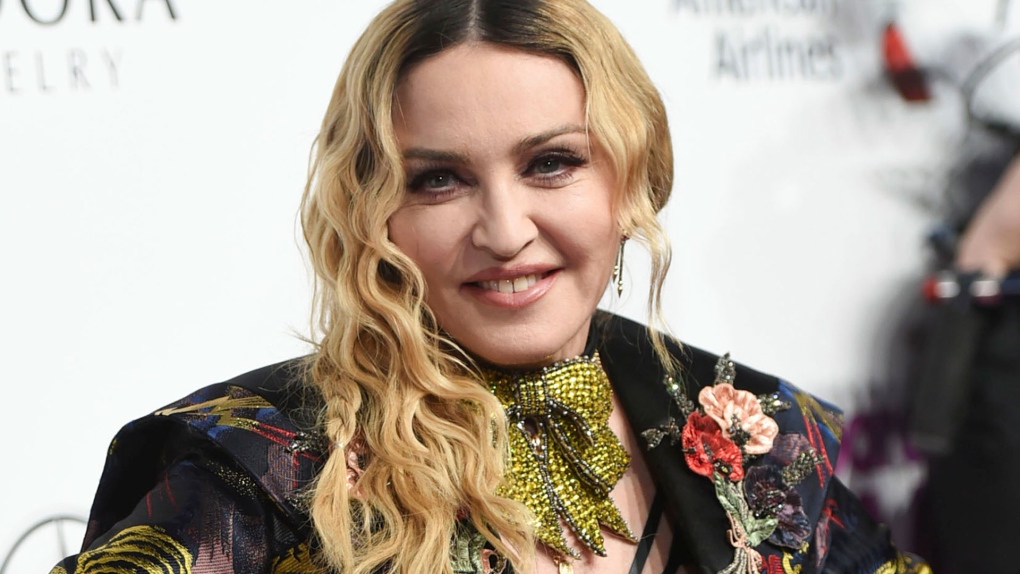 WASHINGTON -- Superstar singer Madonna has been censored on Instagram for spreading false information about a supposed cure for COVID-19 after she shared clips from a video also re-tweeted by U.S. President Donald Trump.

In her post to 15.4 million followers, Madonna claimed that a proven vaccine had been available for months but it was being kept secret "to let the rich get richer and the poor and sick get sicker."

She attached a video of U.S. physician Stella Immanuel who praised hydroxychloroquine as a miracle coronavirus cure.

Various clips of Immanuel's speech have spread rapidly on the internet in recent days, but hydroxychloroquine, an antimalarial drug, has not been proved effective against COVID-19.

"We've removed this video for making false claims about cures and prevention methods for COVID-19," a company spokeswoman for Facebook, which owns Instagram, told AFP on Wednesday.

"People who reacted to, commented on, or shared this video, will see messages directing them to authoritative information about the virus."

Madonna's post was deleted, but screengrabs showed it had earlier been blurred by Instagram and tagged "False Information -- reviewed by independent fact-checkers" with a link to a page debunking the video.

President Trump this week tweeted several clips of the video to his 84 million followers, before the tweets were removed.

His son Donald Trump Jr was temporarily halted from tweeting Tuesday after he also shared parts of the video.

"Nobody needs to get sick. This virus has a cure -- it is called hydroxychloroquine," Immanuel exclaimed in the video, standing on the steps of the Supreme Court in Washington with likeminded physicians.

She also railed against face masks and lockdowns.

Madonna said in May she had recovered from the coronavirus which forced her to pull out of concerts in Paris earlier in the year.

AFP and other media companies, including Reuters and the Associated Press, work with Facebook's fact checking program, under which content rated false is downgraded in news feeds so that fewer people see it.

If someone tries to share such a post, he or she is presented with an article explaining why the information is not accurate.

Misinformation on the virus is proving highly contagious

Most B.C. students to return to school for full-time in-class learning in September

Half of coronavirus patients given ventilation died: German study