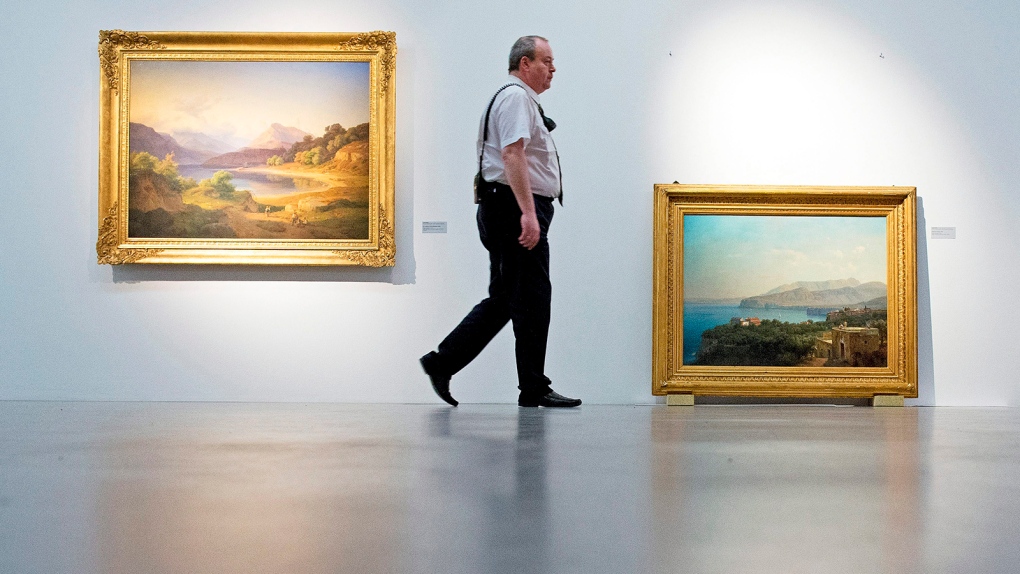 Bye bye billionaires -- it's now museums that acquire most artworks put up for auction, according to a firm which follows the fine art market.

Sales at auction of works of fine art -- paintings, sculptures, drawings, photographs, engravings and installations -- jumped by 18 percent in the first half of the year compared to the same period in 2017 to US$8.45 billion, according to Artprice.

The company's founder Thierry Ehrmann pointed out that "around three quarters of purchases above one million dollars is now by museums".That trend is being supported by the opening of new museums.

"More new museums have been opened since 2000 than all of the 19th and 20th centuries," said Ehrmann. "And 700 are being founded each year in China."

The new openings helped China remain in second place in terms of auction revenues at $2 billion, accounting for just under a quarter of the market, according to Artprice's twice-yearly market report. The United States led in auction sales in the first half of the year with $3.3 billion, or 40 percent of the market. Britain ranked third with $1.9 billion in sales and a market share of 22 percent.

But if museums are now the big buyers, the market was supported this year by the sale of the art collection of billionaire David Rockefeller and his wife Peggy.

Although there was no blockbuster sale like that of Leonardo da Vinci's "Salvator Mundi" last November for $450 million, the Rockefeller collection was the most valuable private collection ever sold and included works by Pablo Picasso, Henri Matisse and Claude Monet.

"The sale of May 8, 2018 alone totalled $646 million," noted Artprice in its report, with a Picasso "Blue Period" painting, "Fillette a la corbeille fleurie", fetching $115 million by itself.

Artprice pointed to a particular strength of the U.S. market: the concentration of sales of the most expensive artworks that fetch more than $5 million at auction.

"New York is home to the largest high-end art market in the world: the top six first-half results were hammered in Manhattan", said the report.

Of the 15 works that have fetched more than $100 million at auction, all but one were sold in New York.

London's place in the global art market appears to be holding up against Britain's impending exit from the European Union next year.

"The English capital continues to compete with New York on the high-end market, especially for major European signatures," said Artprice, noting London remains the top marketplace for works by Gerhard Richter, the "most successful living artist on the global art market".

The city also remains a top venue for auctions of works by Picasso, which alone accounted for 17 percent of fine art turnover in Britain in the first half of the year.

In China, auction sales slid by seven percent. The first half of the year is not the best season in China, with the most prestigious sales taking place in Beijing in December. The Chinese market could also become more attractive to sellers as a reorganisation appears to be helping bring down the rate of unsold works, which are still more than half of those put up at auction.

Works from the 20th century dominate the auction market, accounting for four-fifths of items to go under the hammer. Artprice found a particular interest for works produced between 1900 and 1940, a period which includes the last impressionist works and the dawn of modern art.

Eight of the 10 most expensive works sold in the first of this year were produced during that period, including Russian abstract painter Kazimir Malevich's "Suprematist Composition", which sold in New York in May for $85.8 million, over $25 million more than when it was last sold in 2010.

But contemporary art is still popular with buyers, with Andy Warhol and Jean-Michel Basquiat among the top-selling artists.