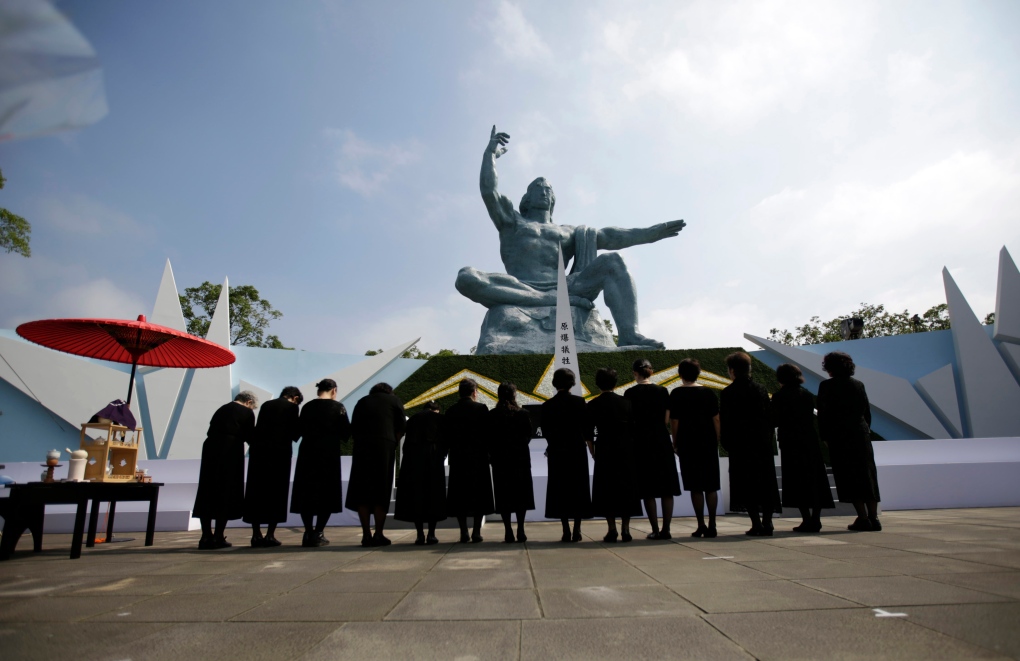 In this Sunday, Aug. 9, 2015 file photo, visitor offer prayers in front of the Peace Statue at the 70th anniversary of the atomic bombing in Nagasaki, southern Japan. (AP Photo/Eugene Hoshiko, File)

TOKYO - Walt Disney Japan has apologized after a tweet sent from its corporate Twitter account wished readers "congratulations on a not special day" on the 70th anniversary of the U.S. atomic bombing of Nagasaki.

The company on Monday offered "deep apologies," saying it would take care to avoid such mistakes in the future.

In English, the tweet sent Sunday conveyed "A very merry unbirthday to you!" from a song in the Disney film "Alice in Wonderland." The Japanese translation described the day as "not special," prompting sharp criticism.

Japan holds solemn ceremonies each year to mourn the more than 74,000 people killed in the bombing of Nagasaki on Aug. 9, 1945, three days after the first atomic bomb was dropped on Hiroshima.