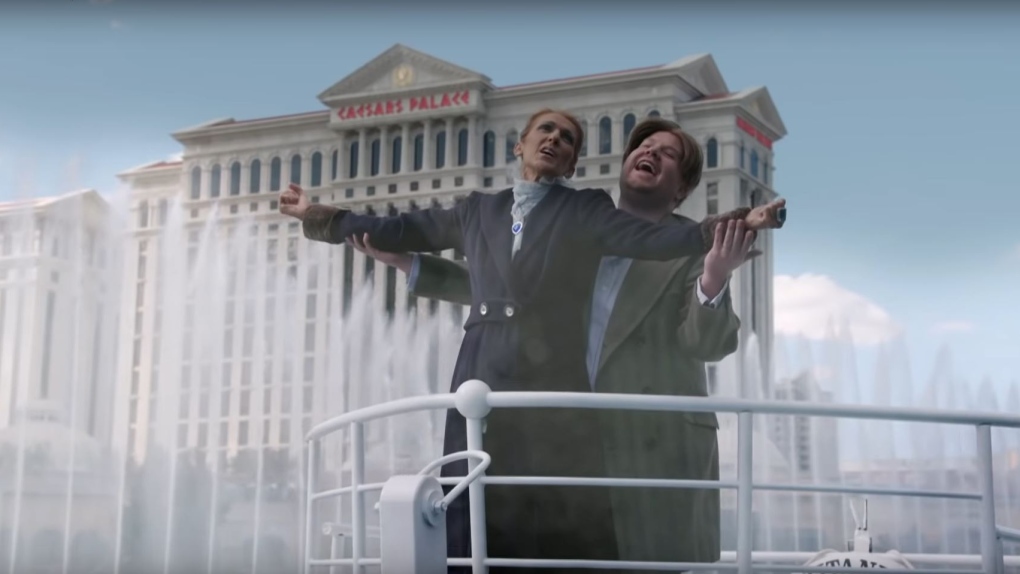 The 51-year-old Quebec singer, who has had a pop culture resurgence in recent years for her fashion choices and zany behaviour, sang a handful of her biggest hits with Corden, including “It’s All Coming Back to Me Now” and “I Drove All Night.”

But the song that has come to define the influential singer’s career made for the segment’s climactic moment. Dion and Corden boarded a makeshift Titanic bow and sang “My Heart Will Go On” in a fountain pool on the Las Vegas strip. At the end of the song, Dion dramatically dropped a blue diamond heart necklace into the pool, a nod to a scene at the end of the 1997 blockbuster.

The segment also included clips of the star singing a dramatic version of the children’s song “Baby Shark,” talking about life in the spotlight and her emotional attachment to her thousands of pairs of shoes. They even gave a few pairs of heels away to unsuspecting pedestrians as the duo drove down the Las Vegas strip, where Dion’s eight-year residency ends in June.

The singer is scheduled to release a new album later this year and embark on her first North American tour in more than a decade.