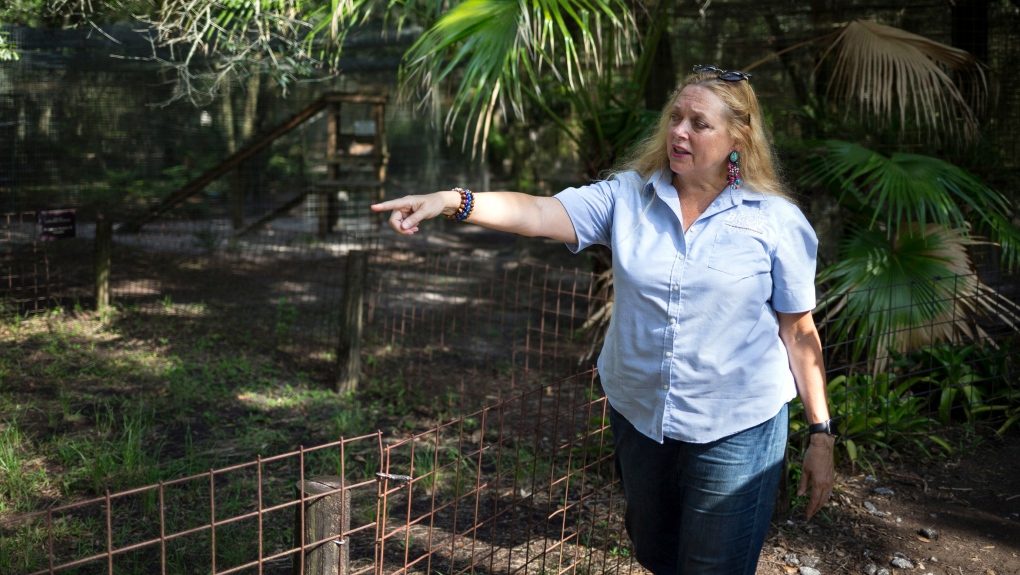 Carole Baskin, whose longstanding feud with Joe Exotic was chronicled in the hit Netflix docuseries "Tiger King," has been awarded the zoo once owned by her nemesis.

A judge ruled in favor of Baskin's Big Cat Rescue Corporation Monday in a lawsuit against the Greater Wynnewood Development Group, LLC. The latter company once was owned by Exotic, whose real name is Joseph Allen Maldonado-Passage.

The order gives Baskin control of about 16 acres of land in Garvin County, Oklahoma, that is home to an animal park with an array of big cats.

GWDC must "vacate the Zoo Land premises within 120 days of service of this Order ...Vacation of premises shall also require removal of all zoo animals from the Zoo Land," the court order said.

The judgment also awarded several cabins and vehicles to Baskin, according to court records.

Baskin, who owns an animal sanctuary in Florida, had for years been a vocal critic of Maldonado-Passage's animal park, a feud that escalated into a court battle.

Maldonado-Passage argued that Baskin was trying to destroy his business with an online smear campaign in videos she posted to her YouTube page and social media channels. Meanwhile, Baskin argued that Exotic was abusing his animals and crusaded against his use of tigers for profit.

He was convicted last year in a murder for hire plot against Baskin and is serving a 22 year sentence for the hit attempt and other crimes that include animal abuse.

Court documents allege he tried to pay a hit man US$3,000 to kill Baskin and also that he shot and killed five tigers, sold baby lemurs and falsified paperwork to say they were donated.

In 2011, Baskin won a trademark infringement lawsuit against Maldanado-Passage -- who was ordered to pay her $1 million. In a second suit, filed in 2016, she claimed he had subsequently transferred the Oklahoma property to his mother in a bid to evade creditors. On Monday a federal judge in Oklahoma City ordered that the property be turned over to Baskin.

An attorney for Jeff Lowe, the current owner of the park, told CNN the judgment was not unexpected.

"We anticipated Carol Baskin getting the title to the former park that once belonged to Joe Exotic, and we did not challenge her attempts to do so," Walter Mosley said Monday. "All of Jeff's focus is on opening the new Tiger King Park in Thackerville, (Oklahoma), which should be opening in the next 120 days."

CNN has reached out to Baskin for comment on the judgment but has not yet heard back.