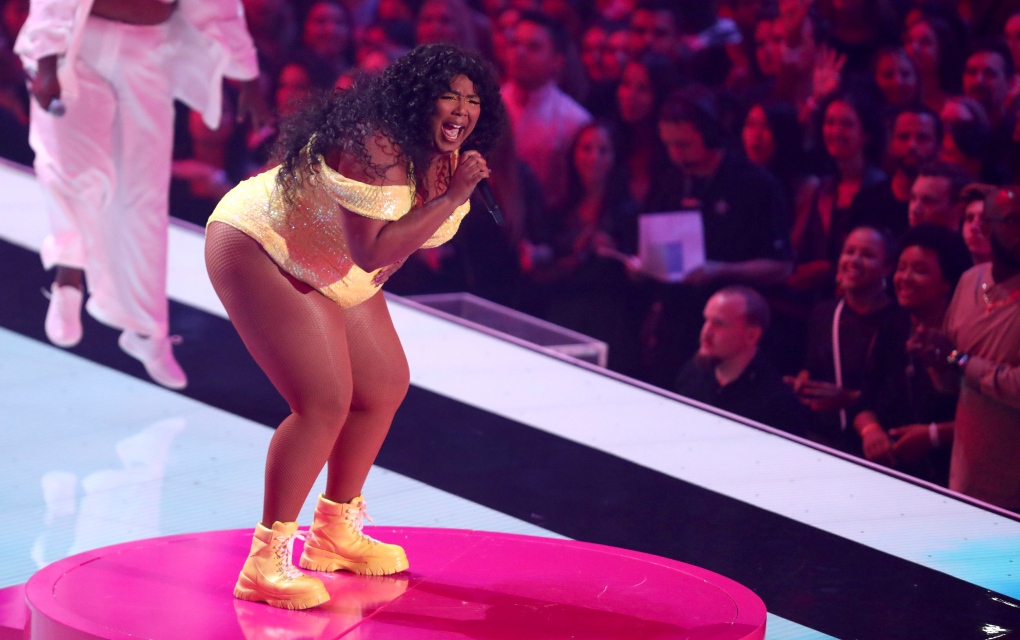 Lizzo performs a medley at the MTV Video MusicAwards at the Prudential Center on Monday, Aug. 26, 2019, in Newark, N.J. (Photo by Matt Sayles/Invision/AP)

NEW YORK -- The two biggest breakthrough acts in music this year, Billie Eilish and Lizzo, will perform at the 2019 American Music Awards later this month.

Dick clark productions announced Wednesday that other performers at the Nov. 24 event include Camila Cabello, nominated for collaboration of the year for "Senorita" with Shawn Mendes, and Dua Lipa, whose debut album is the most streamed album by a female artist in Spotify history. The show will air live on ABC from the Microsoft Theater in Los Angeles.

Eilish is competing for six AMAs, including favourite female pop/rock artist and favourite pop/rock album. Her debut -- "When We All Fall Asleep, Where Do We Go?" -- is one of the top-selling albums of the year. It launched multiple Top 40 hits including "Bad Guy," which reached No. 1 on the Billboard Hot 100 chart.

Lizzo, nominated for three AMAs, released her debut in 2013 but she achieved major success this year. Her two-year-old song "Truth Hurts" topped the Hot 100 chart for seven weeks and her three-year-old song "Good As Hell" just reached the Top 10 on the pop charts and is No. 1 on the R&B charts. Lizzo released her major-label debut album, "Cuz I Love You," earlier this year.

Previously announced AMA performers include Selena Gomez, whose new song "Lose You to Love Me" hit No. 1 on the Hot 100 chart this week, and Taylor Swift, who is nominated for five honours and will receive the artist of the decade award at the show. Throughout her career, Swift has won 23 AMAs and she could break Michael Jackson's record for most wins (the King of Pop won 24 trophies).

Swift will compete for the top prize -- artist of the year -- along with Post Malone, Ariana Grande, Drake and Halsey.