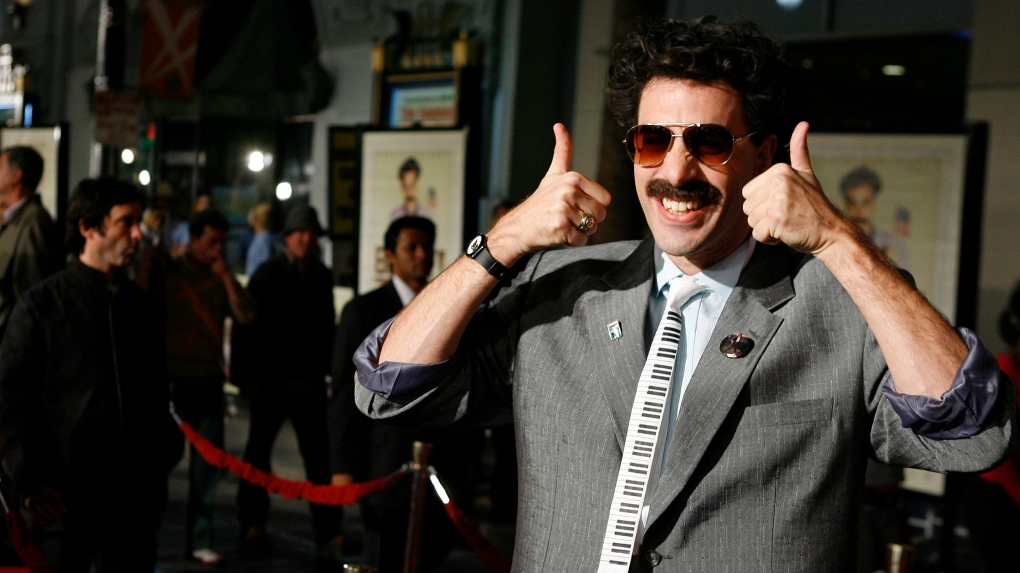 Actor Sacha Baron Cohen arrives in character as Borat for the film premiere of 'Borat: Cultural Learnings of America for Make Benefit Glorious Nation of Kazakhstan" in the Hollywood section of Los Angeles, Oct. 23, 2006. (Matt Sayles/AP)

PRAGUE, Czech Republic -- Comic actor Sacha Baron Cohen has offered to pay the fines for six Czech tourists who were reportedly detained by authorities in Kazakhstan's capital Astana for dressing up as his character Borat.

Sporting lime green "mankinis" and black wigs, the men had hoped to take a picture in front of the "I Love Astana" sign earlier this month.

But local police fined them some US$68 each for committing minor hooliganism, according to local media.

In a Facebook post on Tuesday, Baron Cohen says: "To my Czech mates who were arrested. Send me your details and proof that it was you, and I'll pay your fine."

The swimsuit became popular after Baron Cohen sported it in the 2006 movie "Borat: Cultural Learnings of America for Make Benefit Glorious Nation of Kazakhstan."

That film offended many Kazakhs by portraying the country as backward and degenerate.