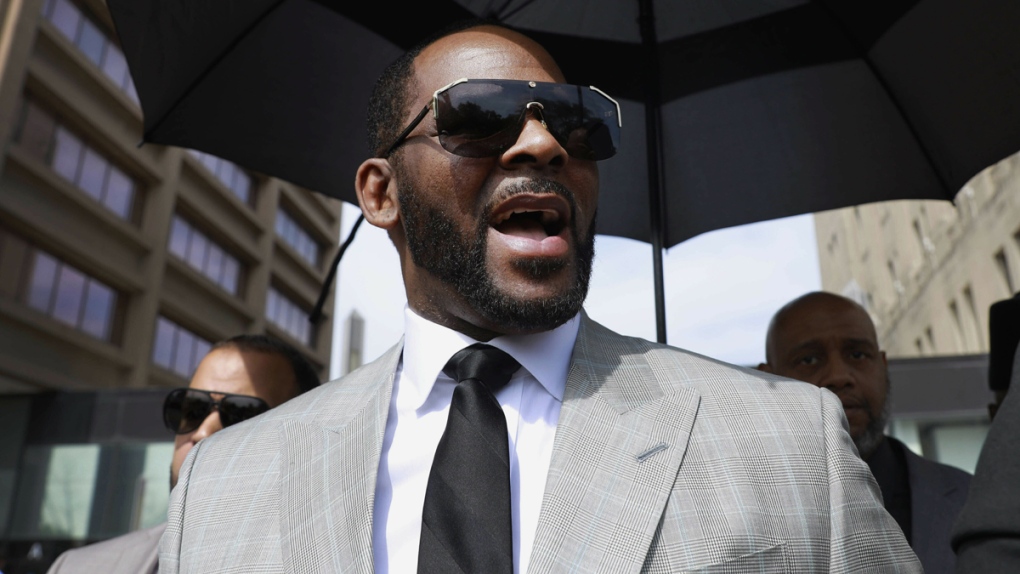 CHICAGO -- A judge Wednesday set an April 27 trial date in R. Kelly's federal case in Chicago that accuses the R&B star of child pornography and obstruction of justice.

But Judge Harry Leinenweber left open the possibility of changing the date later after Kelly attorney Steve Greenberg said having to prepare for trials in three other districts meant the defence may not be ready by April.

In all, Kelly faces 40 counts of state and federal sexual misconduct charges in Illinois, Minnesota and New York, from sexual assault to heading a racketeering scheme aimed at finding girls for Kelly.

Greenberg told the judge Kelly's legal team had "limited resources" and "voluminous" potential evidence from four cases to wade through, saying a single disc turned over in the New York case contained 9,000 subfolders.

Kelly, 52, stood in court during a Wednesday status hearing in orange jail clothes and slippers, his hands behind his back. Several supporters waved as marshals led him back to jail and he nodded in their direction.

The hearing came a day after Kelly was transferred from a restrictive unit at a Chicago federal jail into the general inmate population despite earlier concerns inmates might target him because he is a celebrity.

Another defence attorney, Michael Leonard, told reporters after Wednesday's hearing that Kelly was in his best emotional state since his detention in July because he was no longer isolated in jail.

"You can see a kind of unburdening of his spirit now that he is in general population," Leonard said.

Leinenweber didn't address a defence motion to reconsider Kelly's detention and to release him pending trial, saying he'd rule at a Sept. 18 hearing.

Leonard said Kelly, if released, wanted to reside with two women who lived with him before his arrest, Joycelyn Savage and Azriel Clary. Savage's parents have alleged she was held against her will by Kelly. She has denied that.

The 13 federal counts in Chicago accuse Kelly of filming himself having sex with underage girls and of paying off potential witnesses in his 2008 trial -- at which he was acquitted -- to get them to change their stories. Kelly has pleaded not guilty in all the cases but the one in Minnesota, where he will be arraigned later.