Survey finds 4 in 10 users had driven after consuming marijuana 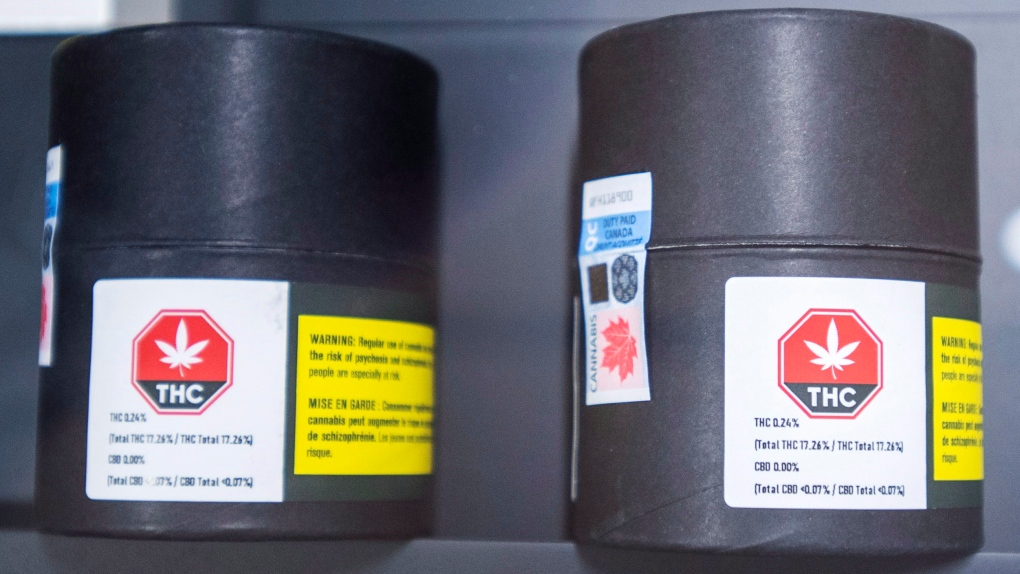 Cannabis products are seen in a display counter at a new Societe Quebecoise du Cannabis (SQDC) store during a media preview Tuesday, October 16, 2018 in Montreal. THE CANADIAN PRESS/Ryan Remiorz

OTTAWA -- Almost two-thirds of Canadians who have smoked pot know they shouldn't drive after doing so but a lot of them are doing it anyway, a new survey suggests.

Results of the second annual Canadian cannabis survey released this week found six in 10 people who admitted to using pot in the previous year believed doing so affects a driver's ability to drive.

But 43 per cent of admitted pot-users had still driven within two hours of smoking or consuming edible pot products.

The number of respondents who believe pot use affects driving ability is up from five in 10 people in 2017, the first year the cannabis survey was conducted by Health Canada. Slightly more than one in 10 pot users said doing so did not affect driving, down from almost two in 10 a year earlier.

The survey was conducted online in June and July, and had nearly 13,000 respondents over the age of 16 across a variety of age groups and all provinces and territories.

Canada legalized recreational marijuana use for adults on October 17, about three months after the survey was completed.

Andrew Murie, the chief executive of Mothers Against Drunk Driving Canada, said he was not surprised in the least by the driving statistics because drug-impaired driving has been a problem in Canada for years. Pot being legal hasn't changed that.

"Those impressions amongst young people that it's less dangerous than alcohol, it doesn't impair as much, all those things, they were already implanted years ago," he said. "It's going to be a painful process and we need police to help us and we need the tools to start to undo that type of mindset."

Murie said Canada is years behind on giving police the tools needed to detect drug-use in drivers, and said one of the positives of legalizing recreational marijuana is that the work finally was sped up.

However, he said he can't see police being fully trained and equipped to look for drug-impaired drivers and test them until at least next summer.

Murie said deterrence by police is going to be critical to stopping people from driving while high.

"As you can see in that survey, people know it's a problem, they know it's a risk but they're not willing to change their activity," he said.

Driving under the influence of alcohol or drugs, including marijuana, is illegal in Canada, with penalties ranging from a $1,000 fine to life in prison, depending on the amount of THC in a driver's system, how many times the driver is caught, and if the driver is in an accident where someone is injured or killed.

Bill Blair, minister of border security and organized crime reduction, said in a statement the survey results are encouraging in that more people seem to be getting the message that drug use impairs your ability to drive.

"The government has a zero tolerance approach to impaired driving," he said. "Public education and awareness activities will ensure that Canadians understand that driving while impaired by cannabis is a criminal offence."