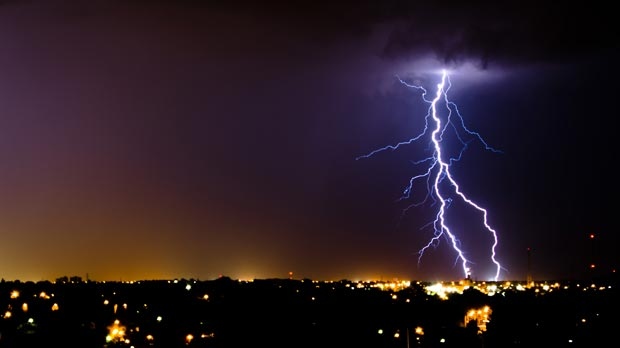 MyNews contributor Colin Carmichael sent in this image of lightning during a storm in Cambridge, Ont. Thursday, July 26, 2012.

TILLSONBURG, Ont. -- Police say dozens of residents are back in their homes after a major gas leak in Tillsonburg, Ont., forced them out early Sunday.

Provincial police say the incident began at around 3 a.m. when lightning struck a gas line.

They say a large quantity of natural gas was released into several homes and the underground sewer.

Police say roughly 60 homes were evacuated for safety concerns related to the high concentration of gas.

They say the residents were able to return to their homes at about 12:30 p.m.

Enbridge Gas, meanwhile, tweeted that all services in Tillsonburg have been restored.