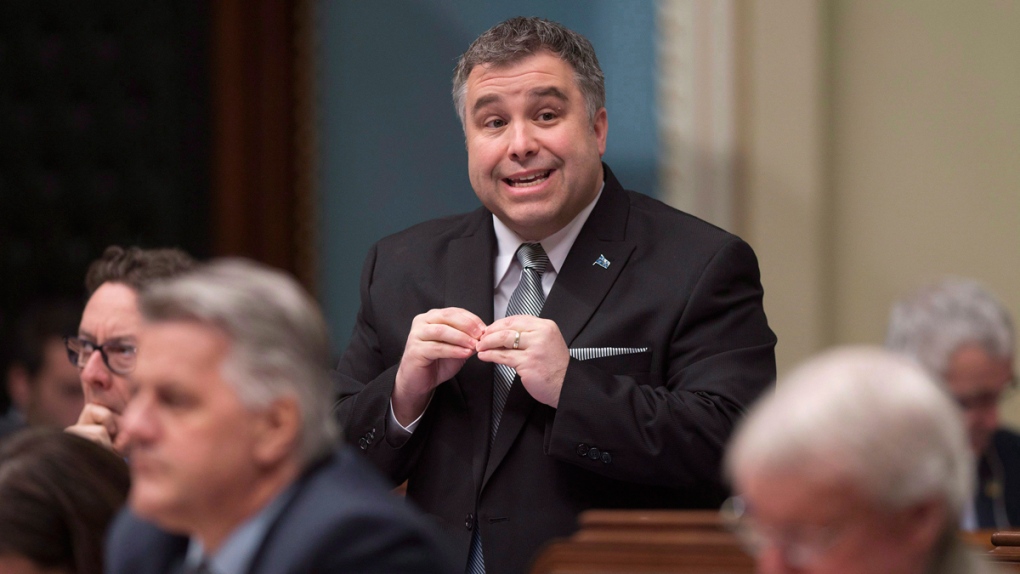 Quebec Education and Family Minister Sebastien Proulx at the legislature in Quebec City on April 20, 2016. (Jacques Boissinot / THE CANADIAN PRESS)

MONTREAL -- A proposed high school history course that critics said ignored minorities in Quebec and promoted a rigid, nationalist ideology will not be implemented provincewide as planned, the Education Department confirmed Thursday.

Instead, the department will make changes to the program to better reflect the province's cultural and linguistic minorities, according to a government official as well as other well-placed sources.

The contentious plan was introduced by the Parti Quebecois government before it lost the 2014 election and was being piloted in a few Quebec schools.

Department spokeswoman Marie-Eve Dion said schools that want to try piloting the new program in August 2016 will be allowed to do so while all others will stick to the old curriculum until further notice.

"Many consultations have been done and improvements are constantly being implemented," she said in an email. "The goal is to make the course as representative and inclusive as possible."

The program was to be introduced provincewide in the 2016-17 school year, which begins in late August.

"This is absolutely good news," said Sylvia Martin-Laforge, head of the Quebec Community Groups Network, a federally funded organization that advocates for the province's anglophone community.

"We understand that the minister was not happy with the material. It would seem that people were eager (in the Education Department) to roll out this program and the minister had the courage to say 'No. We will not roll this out."'

The proposed two-year program, called History of Quebec and Canada, was widely panned by First Nations groups, as well as by cultural and linguistic minority communities across the province.

In the guidelines teachers use to craft their lesson plans, Confederation in 1867 is not a theme, but tucked into the larger section called "1840-1896: The formation of the Canadian federal system."

Moreover, the only discussion of former prime minister Pierre Trudeau, considered the father of multiculturalism in Canada, is in the context of him "inviting the provincial governments to reopen the Canadian Constitution," after which Quebec left "empty-handed."

Martin-Laforge said "we can only hope that the depictions of minority communities will not be stereotypical and that the new program doesn't characterize us as bad guys."

Jacques Beauchemin, who helped write the proposed curriculum, told The Canadian Press earlier this year the purpose of the program was to remove mentions about Quebec being a diverse society that promotes multiculturalism.