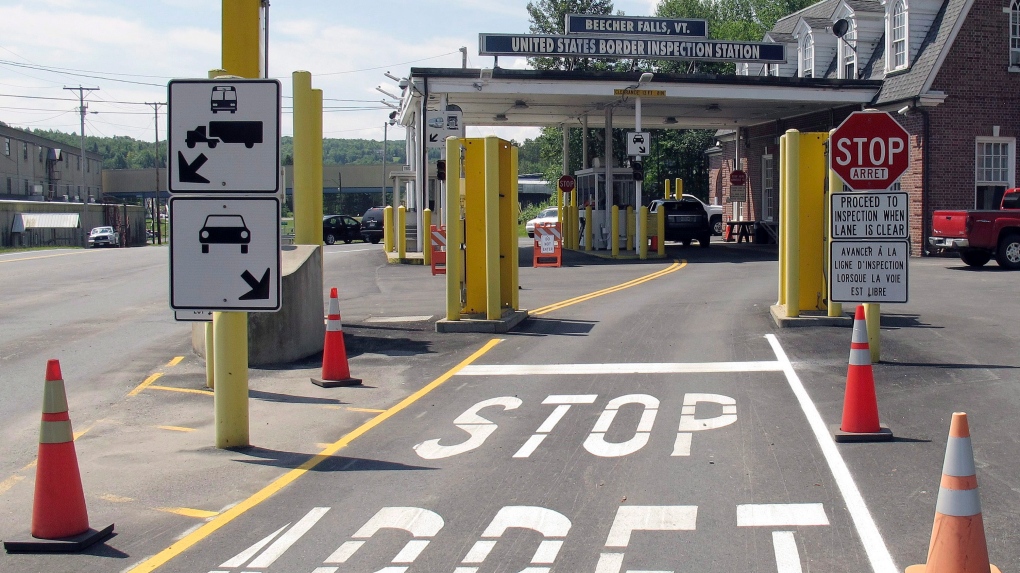 OTTAWA -- The number of cannabis confiscations at the Canadian border increased more than 60 per cent year-over-year in the first six weeks after pot legalization, new statistics show.

The Canada Border Services Agency is linking the rise to the fact it began asking people last fall whether they were bringing cannabis into the country.

The border agency says there were 329 instances of cannabis either being seized by -- or forfeited to -- Canadian border officers from Oct. 17 to Nov. 30 of last year.

That compares to 204 such confiscations in the same period of 2017.

These numbers include both undeclared cannabis seized by the border agency and declared cannabis forfeited to officers. But the agency could not break the figures down further to indicate how many instances of each type of confiscation occurred.

As of last Oct. 17, adults in Canada can possess and share up to 30 grams of legal cannabis.

However, taking pot across Canada's international borders remains illegal and can result in serious criminal penalties.

As a result, bringing cannabis into Canada is against the law even when travelling from places that have loosened their laws on marijuana use, and despite the fact recreational consumption is now permitted in Canada.

In the weeks before legalization, the border agency advised the public that officers would be asking visitors and returning Canadians whether they have any cannabis with them. They hoped the question would reduce the risk of unintentional violations of the law.

If you are carrying pot when you enter Canada, it must be declared to the border agency. Otherwise, you may face arrest and prosecution, the agency says.

The newly released statistics do not indicate how many charges resulted from the 329 confiscations in the six-week period last fall.

The increase "doesn't mean necessarily that it's leading to a negative outcome for these folks," said Mark Belanger, a lawyer with Border Solutions Law Group in Vancouver.

Belanger suggested it is too early to detect such post-legalization trends, and over the next year or two he will have "better anecdotal evidence" as to what is happening.

The border agency also saw a massive year-over-year jump in the number of cannabis interceptions through searches of parcels sent to Canada by mail during the six-week period.

The agency detected 1,980 packages containing cannabis from Oct. 17 to Nov. 30, 2018 -- up from just 241 interceptions during the same period the previous year.

But the reason for that appears to have little to do with cannabis legalization.

The agency says the postal disruption last fall resulted in lower volumes of mail at postal centres, allowing it to work on tackling shipment backlogs.

"Due to this focused effort, there was an increase in cannabis interdiction reporting in the postal mode during this period," the agency said in response to questions from The Canadian Press.

"Travellers, mail, courier and commercial shipments continue to be subject to the Customs Act and examined for prohibited goods, including cannabis and cannabis products."