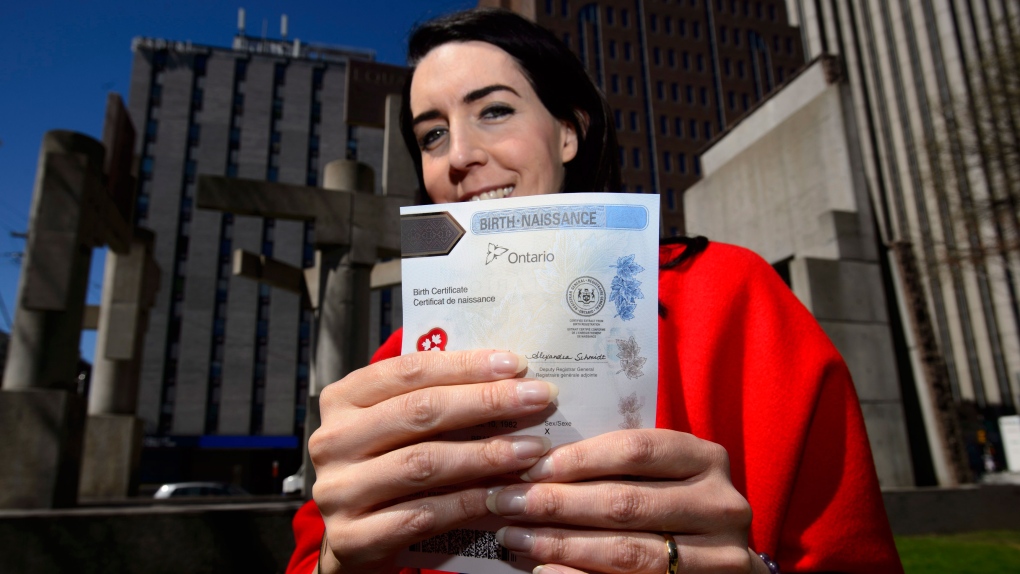 Ontario-born Joshua M. Ferguson identifies as non-binary trans and uses the pronouns “they” and “them.”

The birth certificate is marked with an “X” designation, indicating a non-binary person. Ferguson applied to Service Ontario for the document in 2017, and filed a human rights claim when it was not initially granted.

“Ontario’s new policy will save lives in the trans community,” Ferguson wrote in a statement on Monday. “A birth certificate is the most vital form of ID for personhood. Being officially counted and recognized is empowering.”

Ontario says it is the first jurisdiction in the world to implement a two-fold policy, allowing the selection of either male, female or non-binary, and allowing the option of not displaying such identification on a birth certificate.

Ferguson called the Ontario birth certificate a “victory,” both personally and for all trans Canadians.

“This policy makes it clear that non-binary people exist,” they said. “We are Ontarians and Canadian citizens.”