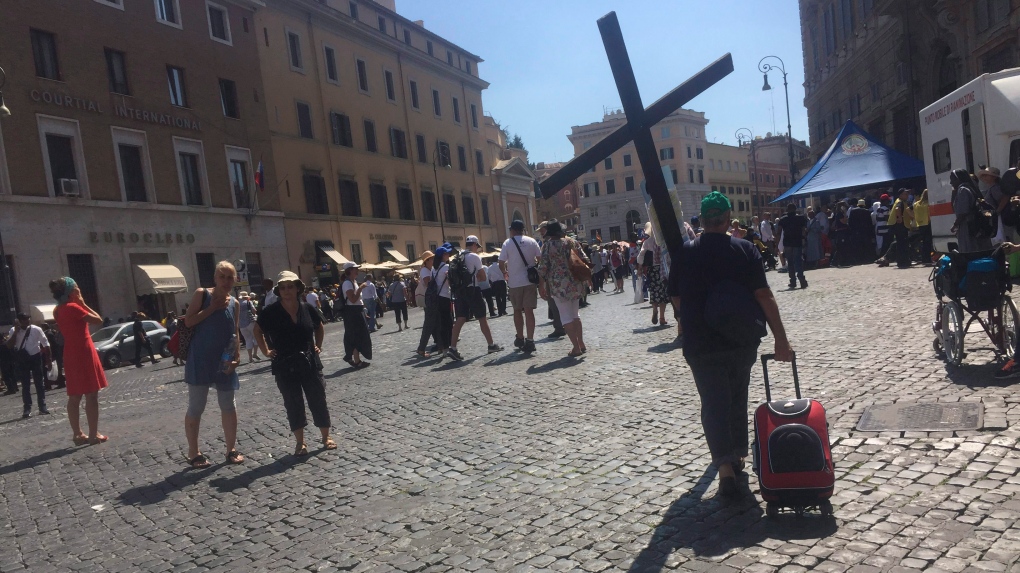 HALIFAX -- A proposed class-action lawsuit has been filed against the Roman Catholic Archdiocese of Halifax-Yarmouth for alleged sexual abuse by priests dating back decades.

The proposed suit was filed in Nova Scotia Supreme Court on Thursday, but has not yet been certified.

Halifax lawyer John McKiggan said lead plaintiff Douglas Champagne has alleged he was sexually abused by the late priest George Epoch of the Canadian Martyrs parish in the 1960s.

"He alleges that other priests who lived in the residence where the assaults took place were aware of what was going on," said McKiggan.

"We allege that the assaults were well-known and that they are simply part of a larger systemic pattern of the Catholic Church world-wide having a policy of covering up and keeping quiet any allegation of sexual abuse against a priest."

He added: "We know from other information available and from public records that these types of assaults have been going within the diocese for decades."

But in a statement, the archdiocese said it was reviewing the statement of claim and that it has "an established process in place to address claims brought for any historic sexual abuse."

"Because legal action is now underway, it would be inappropriate to speak about specific aspects of the claim," the statement said.

"We nevertheless remain committed to being respectful of the dignity of the claimants and doing the right thing for victims of sexual abuse who wish to have claims addressed by the archdiocese."

While the statement of claim was filed at Nova Scotia Supreme Court on Thursday, it was not yet publicly available on Friday.

McKiggan said the next step is to apply to the Supreme Court to certify the class-action lawsuit.

The lawyer has been representing survivors of historical sexual abuse for 30 years. He acted on behalf of sex-abuse victims in a $16-million settlement with the Diocese of Antigonish in 2009.

McKiggan said there were more than 140 class members involved in that suit, and since the Halifax-Yarmouth diocese is twice the size of the Antigonish diocese, he said the number of victims could be larger.

But just how many victims there are is not yet known.

"That's not unusual. In most class-actions, you don't know how big the class size is. That is particularly true in class-actions involving allegations of sexual abuse because, as you can imagine, most sexual abuse survivors don't raise their hand and say, 'Hey, I was sexually abused, please add me to a list," said McKiggan.

According to a 2002 review of Nova Scotia's response to reports of institutional abuse, Epoch sexually abused a number of male and female residents of First Nations reserves in Ontario, where he served the communities on the Saugeen and Cape Croker between 1969 and 1983.

The report by Fred Kaufman said an investigation by the Jesuit Fathers of Upper Canada, which Epoch belonged to, found "an extensive history of sexual abuse," and in 1992, the Ontario Jesuit community issued a public apology for the abuse.