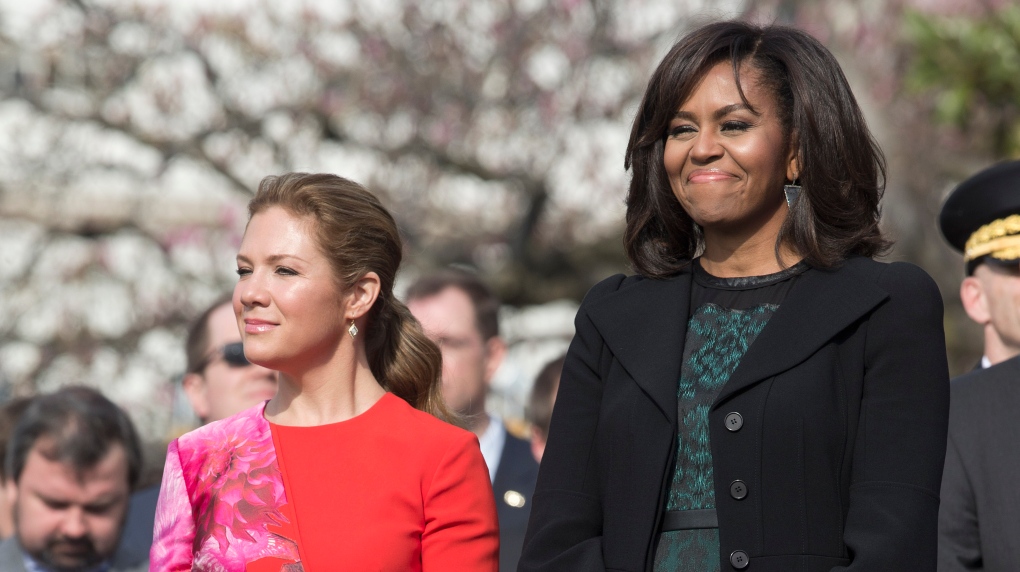 Obama was in town for a speaking engagement, presented by the Economic Club of Canada, titled “The Economics of Equality: Advancing Women and Girls to Change the World.”

Gregoire Trudeau and Obama were later spotted at Gusto 101, an Italian eatery near the city's trendy King Street West neighbourhood.

When @michelleobama and @sophiegregoiretrudeau decide to go to @gusto101to for lunch on the one day I take off work in eight months!! If I was working I would've run across the street from @chubbysjamaican like an Olympian to take a peek. #firstlady #torontolife #michelleobama #sophietrudeau #gusto101 #secretservicemeneverywhere


According to Gusto 101 owner Janet Zuccarini, whose short video of the pair entering the restaurant has been viewed more than 2,200 times, they arrived with a battalion of 15 “secret service men.”

Zuccarini wrote that the two women shared a kale salad, grilled octopus, a pasta dish, and shishito peppers in a private dining room. She also said she was told Obama hugged one of her servers.

Commenters on the restaurant’s Instagram account lamented missing the opportunity to grab a table near the celebrity lunch date, and shouted out the menu items they thought they may have enjoyed.