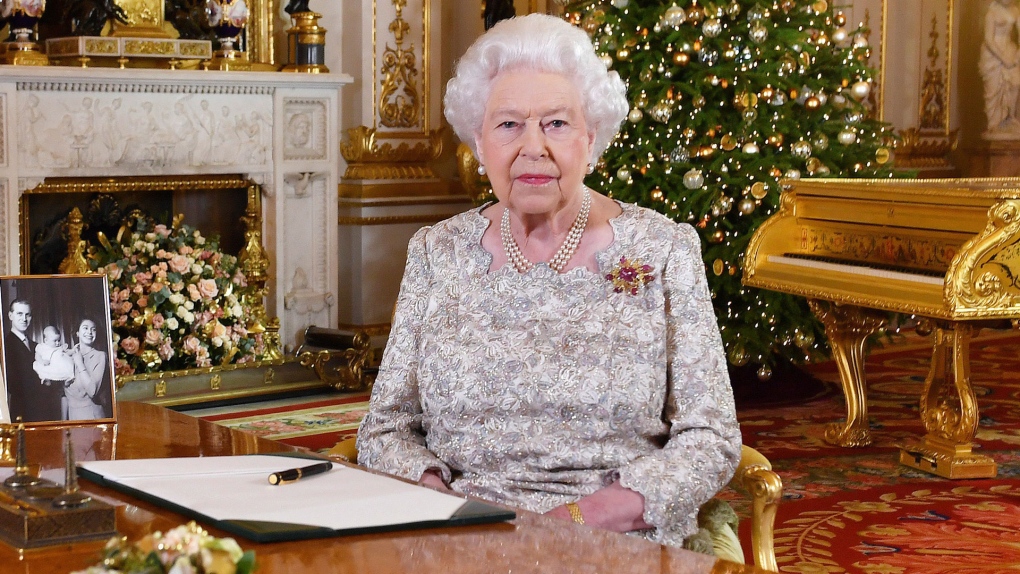 In this photo released on Monday, Dec. 24, 2018, Queen Elizabeth II poses after she recorded her annual Christmas Day message, in the White Drawing Room of Buckingham Palace in central London. (John Stillwell / Pool Photo via AP)

Canadian monarchists say a new federal government policy to stop mailing out prints of the Queen’s portrait to her subjects here is "unhelpful" to our identity as a constitutional monarchy.

The Monarchist League of Canada said it was informed by the Canadian Heritage department that it will no longer print portraits of Queen Elizabeth II, and the image will be available by download only.

League chairman David Finch said the move was “unhelpful to Canada’s identity as a constitutional monarchy.”

“Downloading a print may be fine for a folder in a child’s school project; but it ultimately discourages the hanging of display-sized photographic portraits of a beloved sovereign in government offices and public places…right across the country,” Finch said in a press release.

“It will particularly impact on folk who are not tech-savvy, those who don’t use computers and those living in medium and small-sized communities… where there may not be copy shops to hand, and certainly not copy shops with large-sizes of coated stock or the capacity to print such an item.”

The league said it was supportive of the government’s move to reduce printing and welcomed the ability to download the picture.

Finch said commercial printers had quoted him about 50 cents per picture, claiming cost to the government is “entirely insignificant.”

The league has long mailed government-supplied pictures of the Queen to anyone requesting them, charging only for postage and packaging.

“I am asking Canadian Heritage to inform Canadians’ seeking such lithos (lithographic images) to direct them to the league,” Finch said.

In an email to CTVNews.ca, Canadian Heritage spokesperson Daniel Savoie said the “changes to the Royal Portrait policy were taken after careful study of the environmental impact and escalating costs.”

He added, “Canadians now have the option to download and print their own portraits, giving them greater flexibility in the format and size they wish to print.”

Savoie said any additional “changes to the Royal Portrait collection will be announced in due course.” He added, “Canadian Heritage looks forward to continuing to work with stakeholders like the Monarchist League with whom we share responsibility in promoting the Canadian Crown.”

The Government of Canada has ceased supplying printed lithographs of the Head of our Nation, The Queen. Full details on request to domsec@sympatico.ca