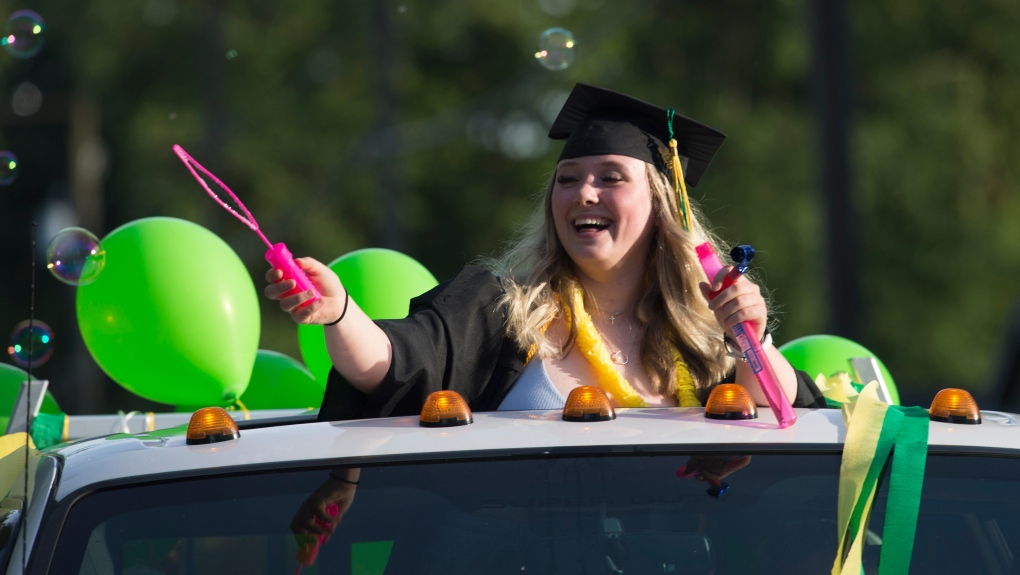 When the pandemic disrupted lives in March 2020, it greatly impacted students who turned to online learning. Some school boards over the last two years fluctuated from online to in-person learning, disrupting students' livelihoods further.

Despite the changes, in the 2019-2020 school year more students graduated on time across Canada. On-time graduation is the percentage of young people who complete high school within three years of starting Grade 10 (Secondary 3 in Quebec).

On-time graduation across Canada increased from 81 per cent in the 2018-2019 school year, to 84 per cent in 2019-2020. Nova Scotia saw the largest increase of six percentage points, followed by Newfoundland and Labrador, and Saskatchewan with five percentage points higher.

The Northwest Territories saw a decrease of three percentage points for on-time graduations, data was not available for Nunavut.

“In 2019/2020, on-time high-school graduation rates saw a larger than usual increase in almost all provinces and territories,” the report reads. “While no direct conclusions can be drawn from these results, this irregular increase should be explored further in the context of impacts of the COVID-19 pandemic on education.”

On-time graduation rates may be associated with education policies implemented by provincial or territorial governments during the pandemic, StatCan says.

Young people who complete high school graduation within five years of starting Grade 10 are categorized in the extended-time graduation rate.

This rate remained stable during the early stages of the pandemic, according to the report. With the extended period of time for some students to graduate, StatCan says, the pandemic would have only affected graduates between 2017-2018 and 2019-2020.

“This number of graduates is usually very small; hence the impacts of the pandemic would not have a large effect on the extended-time graduation rates,” the report reads.

On average across Canada, taking an extra two years to complete high school had a positive impact on graduation rates.

Of the students who started Grade 10 during the 2015-2016 school year, 81 per cent graduated on-time. Students who graduated within five years were significantly impacted by the pandemic and had a graduation rate of 89 per cent.

Young women have a higher graduation rate than their male peers during the 2019-2020 school year. According to the report across Canada, a higher proportion of women (87 per cent) completed high school on time compared to young men (81 per cent).

Is it OK to get COVID-19 vaccine and flu shot at the same time?

As leaders meet, Chinese hope for end to 'zero-COVID' limits