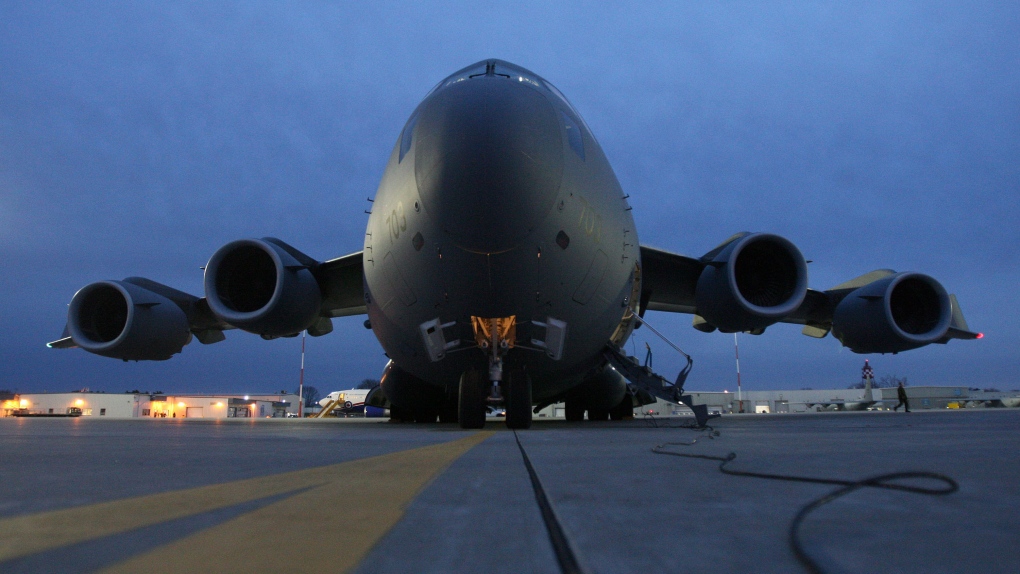 The Defence Department intends to purchase a Boeing C-17 Globemaster III, a large military transport plane that comes with a price tag of just under $200 million, CTV News has learned.

Industry groups say the cost to maintain the plane over its projected lifespan, however, is $1.7 billion.

The purchase comes as opposition MPs criticize the government for failing to spend adequate money on wounded veterans and soldiers battered by mental-health issues.

Last month, it was revealed that Veterans Affairs had, since 2006 when Conservatives came to power, returned $1.13 billion to the federal treasury in unspent funds to the government.

Veterans Affairs Minister Julian Fantino said the funds were “not lost money.” He told reporters the lapsed funding was “recycled back into continuing programs and services for veterans.”

Sources told CTV News the Defence Department is buying the C-17 aircraft with unused money in its budget that must be spent by the end of the fiscal year, otherwise the funds would go into general revenue.

Canada currently has four C-17s which are used by the military to transport military equipment or emergency supplies.