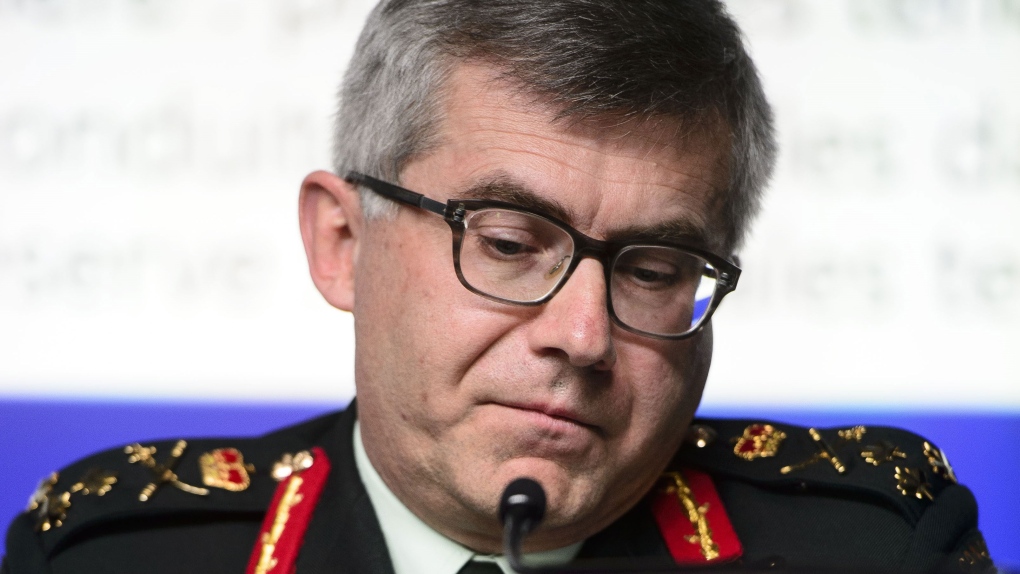 Lieutenant-General Paul Wynnyk, Vice Chief of the Defence Staff, speaks during a news conference on Wednesday, May 22, 2019. THE CANADIAN PRESS/Sean Kilpatrick

In a news release, Wynnyk said he decided to retire after 38 years of service with the Canadian Armed Forces following “an incredible career that took me farther, and challenged me more deeply, than I could ever have imagined.”

“I have been considering this decision for the past few months and Marianne and I have decided that the time to reunite with my family is now,” he said in the release.

Wynnyk also thanked Gen. Jonathan Vance “for the confidence he showed in me when he appointed me as the Vice Chief and for his leadership of the CAF during what have been challenging times recently.”

Wynnyk took over as vice chief of staff from Vice-Admiral Mark Norman on July 16, 2018, after Norman was suspended for allegedly leaking government secrets related to a pricey shipbuilding contract. Norman had been charged with breach of trust, but the case was stayed in May.

After the matter had been stayed, Vance mentioned he’d hoped Norman would return to duty in some capacity, but Norman announced his own retirement in June after receiving an undisclosed settlement with the Canadian government.

Vance thanked Wynnyk for “his tireless contribution and sacrifice to our country.”

“He has been an exceptional leader and an even better friend,” Vance wrote. “He will be deeply missed.”

Wynnyk joined the military in 1981 as part of the 20th Field Regiment and served in Germany, Cambodia, the Congo and Afghanistan during his career.

His retirement is effective as of Aug. 9.