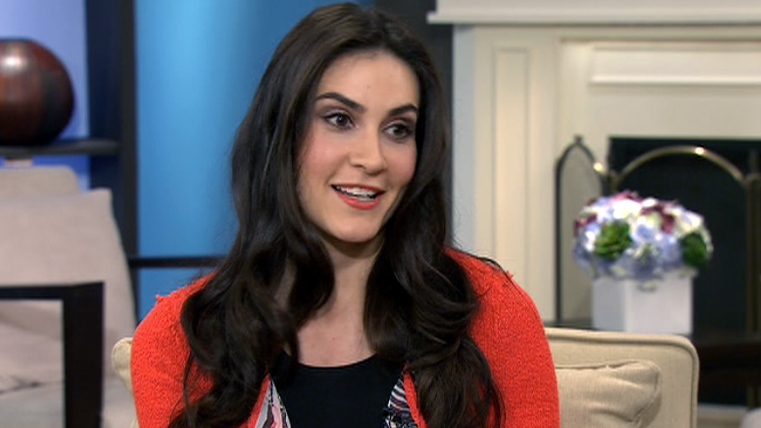 Nazanin Afshin-Jam speaks on Canada AM about her new book, Tuesday, May 22, 2012.

Human rights activist Nazanin Afshin-Jam, the wife of Defence Minister Peter MacKay, says Ottawa should bring Omar Khadr back to Canada -- but the issue should be left to the Canadian and U.S. governments.

Afshin-Jam told Prince Edward Island’s daily newspaper, The Guardian, that it’s time for Khadr, a Canadian citizen, to be repatriated from Guantanamo Bay.

Khadr, 25, has been detained on the U.S. military naval base for nearly a decade, after his arrest in Afghanistan in 2002.

The Toronto-born Khadr was 15 years old when he was accused of throwing a grenade that killed an American soldier.

He pleaded guilty before a U.S. military tribunal in 2010. As part of his plea deal, he was sentenced to eight years of imprisonment, with one year to be served in Guantanamo.

"Omar Khadr was a child when he was involved in combat under the UN definition and so we should abide by the international laws and rules that we expect of other countries as well,'' Afshin-Jam told The Guardian.

"So I'm not saying that he shouldn't be kept in prison but definitely I think it's time to bring him back to Canada. He was a Canadian citizen and he can be tried here or looked after here in terms of how long his sentence is going to be or what is going to be his fate.''

The Iranian-born Afshin-Jam has been outspoken on international human rights issues and her anti-war beliefs. She has cited UN rules on protecting juveniles accused of war crimes in previous media interviews when questioned about Khadr.

However, after The Guardian’s article was published, Afshin-Jam released a statement on her Facebook page saying she was only expressing her personal opinion about Khadr’s transfer.

“When responding I specifically qualified that what I said was my personal view. I am very disappointed that once again my personal view has been distorted. After I expressly and emphatically told him numerous times that I was tired seeing my name continually left out of interviews and referred to as ‘The Defence Minister's wife’...this is exactly what [The Guardian’s reporter] chose to do,” she said.

“I am confident that Mr. Khadr will be transferred back to Canada,” Afshin-Jam added. “Let's leave it to the Canadian and US governments who have all the facts and details about the case to take the proper actions in due course.”

Khadr’s lawyers and Amnesty International have called on Ottawa to repatriate Khadr without further delay.

The lawyers said it’s a “mystery” why the Conservative government has not approved Khadr’s transfer, even though U.S. Defence Secretary Leon Panetta signed off on it last April.

Khadr has been eligible to serve out the remainder of his sentence in Canada since last October and his lawyers said he will not pose a threat once he is released.

But in letters to Panetta, Public Safety Minister Vic Toews said he will not make a decision on Khadr until he gets copies of videotaped interviews that psychiatrists did with the detainee. Toews has also asked for uncensored versions of the psychiatrists’ reports.

"I don't think there's any enthusiasm by any of the people in the Canadian government to see him come back to Canada -- they're trying to drag it out in every way possible,” he said last week.