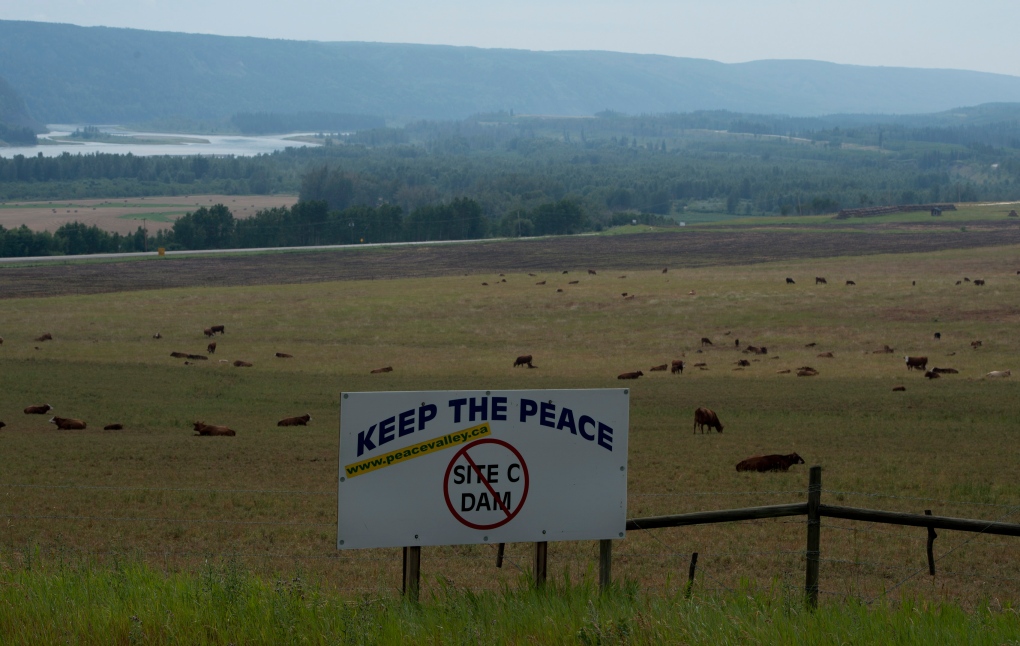 MONTREAL -- A legal battle over a proposed northeastern British Columbia dam is playing out in a Quebec courtroom.

Lawyers for the Prophet River and West Moberly First Nations are before the Federal Court of Appeal in Montreal today to argue the multibillion-dollar Site C dam project violates their clients' constitutionally protected treaty rights.

The proposed dam and hydroelectric generating station on B.C.'s Peace River calls for an 83-kilometre reservoir.

It would entail flooding farmland along with traditional First Nations territory and affect hunting, fishing and trapping rights.

Construction has continued despite the appeal, which aims to stop the project that was authorized in 2014 following an environmental assessment conducted by the federal and B.C. governments.

The hearing is being heard in Montreal because the court's docket had a quicker availability than in B.C.

Lawyers for the Treaty 8 First Nations communities argue the area in question has already been heavily affected by industrial and resource development.

A caravan that set out from British Columbia on Labour Day made several stops before arriving in Montreal on Monday for a rally before the hearing. It will be on Parliament Hill on Tuesday.