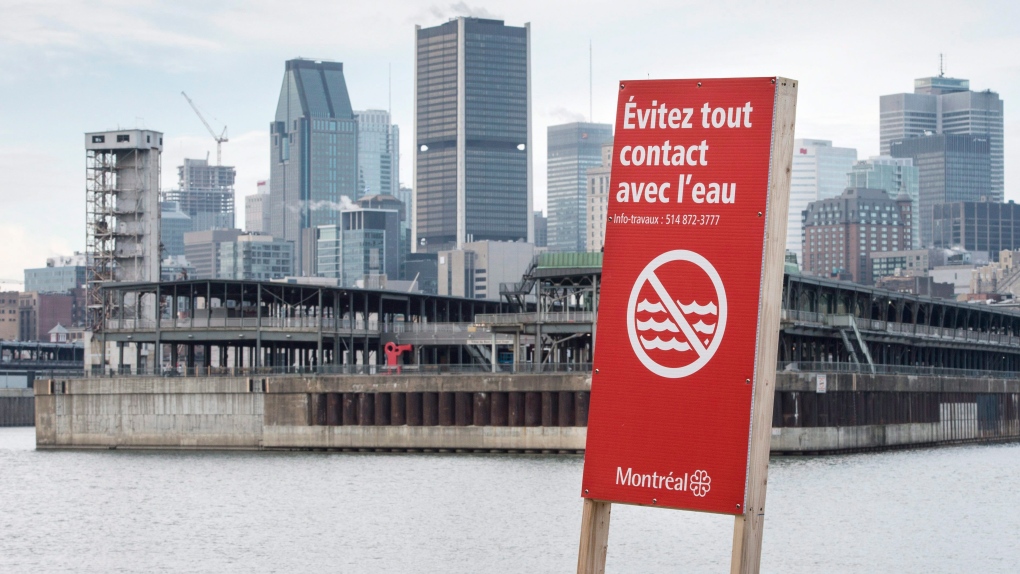 A signs warns to avoid contact with the water along the shores of the St. Lawrence River, Wednesday, November 11, 2015 in Montreal. (THE CANADIAN PRESS/Paul Chiasson)

The amount of raw sewage being vented is increasing every year, with 2018's overflow amounts up 44 per cent over 2013.

Mark Mattson, president of Swim Drink Fish Canada, says that number should shock people and he's hopeful it will push the public to demand swifter action from governments.

He says the number is also far lower than the actual amount of polluted water Canada produces each year because the data isn't looking at leaks from all municipal water systems, only those that have combined sewer and stormwater pipes.

Mattson is however excited that for the first time Environment Canada is releasing detailed data on wastewater leaks on Ottawa's open-data website because he says it will make it easier to pinpoint trends and problem points.

Data posted in early February also show that wastewater-treatment plants across the country failed tests of their water quality thousands of times between 2013 and 2018.