TORONTO -- Iran's judiciary said Tuesday that arrests have been made for the accidental shooting down of a Ukrainian passenger plane that killed all 176 people on board just after takeoff.

Here's what else you need to know to start your day.

1. Flight PS752 arrests: The announcement by Iran's judiciary that arrests have been made for the accidental shootdown of a Ukrainian passenger plane, came amid an upswell of anger and protests by Iranians in recent days over the downing of the jetliner last Wednesday and apparent attempts by senior officials in Iran to cover up the cause of the crash.

2. TSB on the ground: Canadian investigators are visiting the crash site outside of Tehran today, as part of an international team looking into the sequence of events that ended with a Ukrainian jet being shot out of the sky.

3. Royals in Canada: Prime Minister Justin Trudeau's office says that "there are still many discussions to be had" about who will be covering the costs of security for the Duke and Duchess of Sussex during their time spent in Canada.

4. Harry and Meghan: The Queen has agreed to allow Prince Harry and Meghan to move part-time to Canada during a “period of transition” after senior royals had “constructive discussions.”

5. Legal action: An Ottawa professor is suing the Canadian government for $90 million over his extradition to France on terrorism allegations.

Forget gleaming metal droids -- the robots of the future may have more in common with the average amphibian than with R2D2. 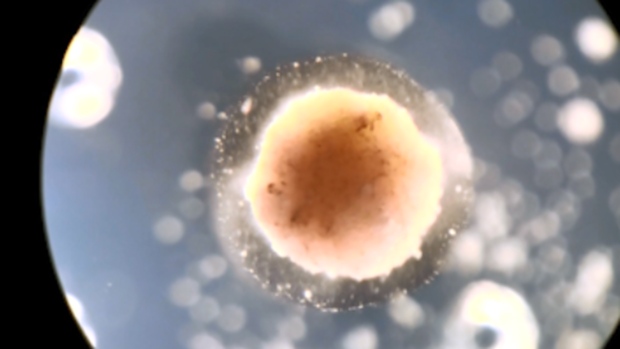