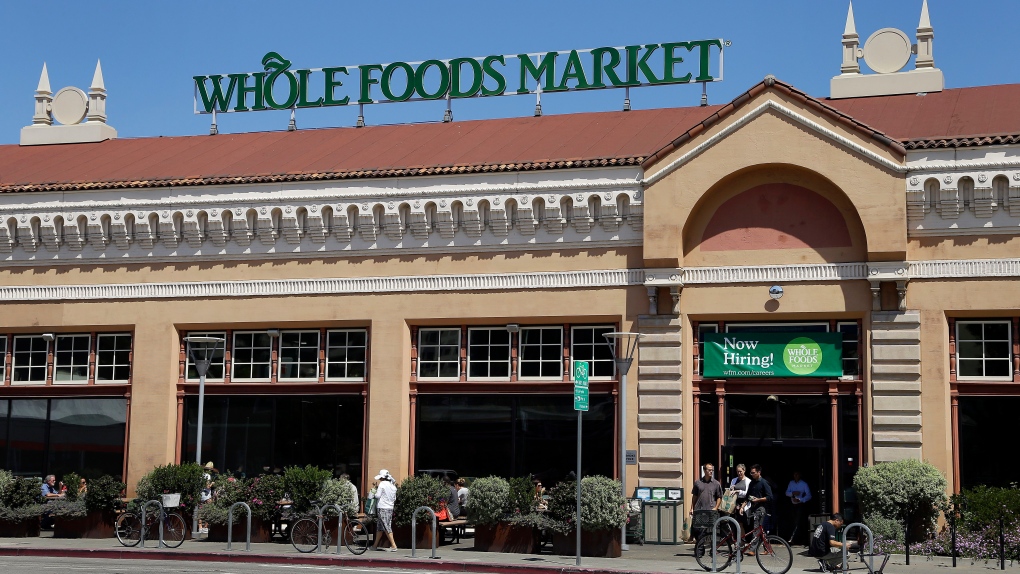 NEW YORK -- Donna Brown visited a Whole Foods for the first time in at least five months with one goal: see how much Amazon had cut prices. She did buy almond milk, yogurt and lunch meat, but doesn't plan to quit her usual grocers, Walmart and HEB, where she says she finds bigger selections and lower prices.

"I am a comparison shopper," says Brown, a part-time administrative assistant in Austin, Texas.

Amazon made a splash right away as the new owner of Whole Foods, slashing prices Monday on baby kale, avocados and ground beef. That attracted some customers, but whether shoppers who've found cheaper alternatives will come back, or those who never visited will give Whole Foods a try, may help determine what kind of effect the blockbuster deal has on how people get their groceries.

Shoppers who talked with The Associated Press this week say what they want most of all is lower prices and one-stop shopping.

Stores are competing fiercely to attract them. Traditional supermarket chain Kroger stressed earlier this year that it does not plan to "lose on price." Target is spending billions to remodel its stores and highlight its grocery section. Newer entrants from Europe, such as discounters Aldi and Lidl, are opening more U.S. stores. And Walmart, the country's largest grocer, is making it easier for customers to order groceries online and pick them up at the store.

Some shoppers say they're concerned with Amazon's growing power, while others said the nearest Whole Foods was too far away to be a frequent stop. And while other supermarkets have added aisles of organic and natural products to mimic Whole Foods, the chain still doesn't sell some consumer favourites like Diet Coke, Bounty towels or other brands people want.

"I'm going to gravitate to Walmart," she said.

Gail Johnson, a pharmacy technician from Cleveland, has never been to a Whole Foods and doesn't plan to, even after hearing about the price cuts.

Analysts at Citi and JPMorgan Chase say they do expect the price cuts at Whole Foods to make the chain more competitive with rivals and attract more shoppers. And Amazon said the moves this week were just the beginning. It expects to lower prices on more items and will offer discounts to members of its $99-a-year Prime program. More price cuts may also help shake the grocer's "Whole Paycheck" image.

Knocking a few cents off some items won't attract new customers since Whole Foods is known to be expensive, said Carol Major, a retired dental assistant who was sitting outside a Trader Joe's in Philadelphia with two shopping bags.

She likes both stores, but "people who shop (at Whole Foods) aren't too worried about prices," she said.

Rachel Manders, a stay-at-home mom who was at a Whole Foods in University Heights, Ohio, on Monday, likes to stock up on produce there but goes elsewhere for other goods.

"I didn't see everything discounted," Manders said. "I got avocados, tomatoes, at a substantial cheaper price than yesterday, so I was happy."

Some Whole Foods fans were worried about Amazon's growing influence in their lives.

"It's going to make me want to go to Whole Foods less because they're already a corporation, but now they're part of Amazon, which already owns so many other things," said Hillary Minor, who recently moved to Seattle, where Amazon.com Inc. is based. "It just seems like it's taking over."

U.S. regulators didn't have a problem with the Amazon and Whole Foods deal, giving the e-commerce giant the go-head last week to acquire Whole Foods for nearly $14 billion. Whole Foods has about 460 stores in the U.S., far fewer than Kroger Co.'s 2,800 locations and Wal-Mart Stores Inc.'s more than 4,000.

Joshua Cano of Seattle said he'll stick to Quality Food Centers, a supermarket chain owned by Kroger, even though he says Whole Foods has high-quality food.

"I can come here," he said, "and spend half the cost and get twice as much food."

Associated Press reporters Anthony Izaguirre in Philadelphia, Manuel Valdes in Seattle and Dake Kang in Cleveland contributed to this report.