Washington banning U.S. flights to all Cuban cities but Havana 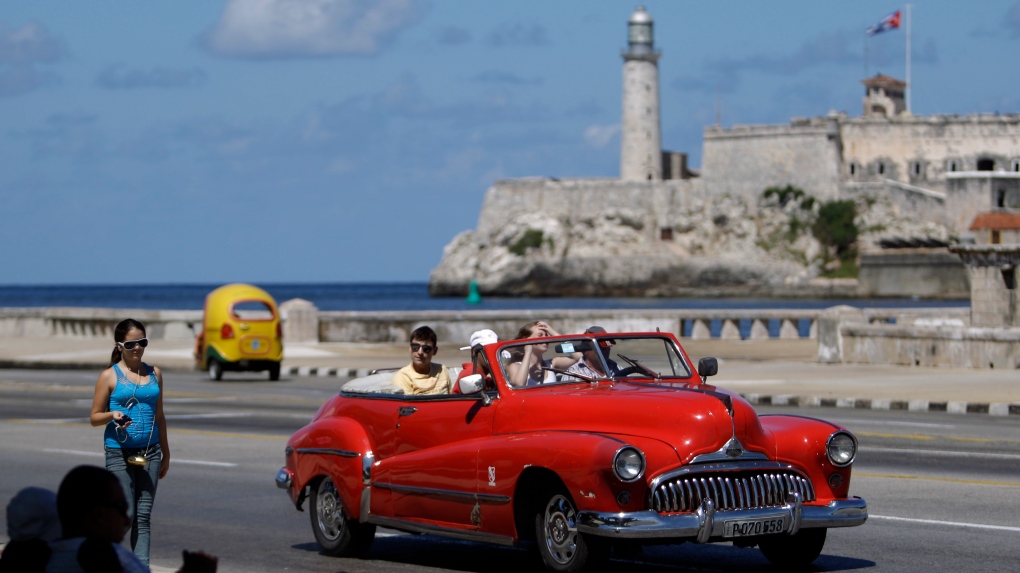 In this Oct 12, 2013 file photo, tourists ride in a classic American car on the Malecon in Havana, Cuba. (AP Photo/Franklin Reyes, File)

MIAMI -- The Trump administration is banning U.S. flights to all Cuban cities except Havana in the latest move to roll back the Obama-era easing of relations, officials said Friday.

Supporters of the ban said it would starve the Havana government of cash and limit its ability to repress Cubans and support Venezuelan President Nicolas Maduro, whom the U.S. wants to overthrow.

Opponents said prohibiting flights would simply make it harder for Cuban-Americans to visit their families outside the capital, without making a significant impact on the Cuban government.

Flights to Havana, which account for the great majority of U.S. flights to Cuba, will remain legal.

"This action will prevent the Castro regime from profiting from U.S. air travel and using the revenues to repress the Cuban people," Secretary of State Mike Pompeo said on Twitter. Raul Castro stepped down as president last year but remains head of the Communist Party, the country's highest authority. .

Another stated reason for the move is to prevent tourism to Cuba, which is barred by U.S. law. But it is not clear how many people take the banned flights for tourism purposes. Many are used by Cuban-Americans visiting relatives in cities far from Havana by road.

"Eager to punish Cuba's unbreakable defiance, imperialism is going after regular flights to various Cuban cities. It doesn't matter that they're affecting family relations, or the modest pocketbooks of most Cubans in both countries," Carlos F. de Cossio, head of Cuba's department of U.S. affairs, said on Twitter. "Our response isn't changing."

Charter flights to destinations outside Havana are apparently not affected by the ban, but those flights tend to be more expensive and far less convenient. The other remaining legal option is a flight to Havana and then a road trip that could last as much as eight to more than 12 hours over rutted, unsafe roads, in the case of Cuba's eastern cities.

JetBlue and American issued brief statements saying they would comply with the decision.

The announcement coincided with an event in Miami calling for regime change in Cuba and featuring U.S. officials, Organization of Americans States President Luis Almagro, and a variety of Cuban-Americans and Cuban dissidents.

"This is a step forward," said Cuba-born barber Ernesto Regues, who said he left the island in 2012 and still has family in Havana. "Now they need to stop the flights to Havana."

Carrie Filipetti, deputy assistant secretary for Cuba and Venezuela in the State Department's Bureau of Western Hemisphere Affairs, said Havana would serve as the gateway for Cuban-Americans wanting to see their relatives.

"We want to make sure that Cuban-Americans do have a route to their families. You need to enter. Havana is currently carved out for this," she said.

She warned, however, that "we will continue to increase sanctions" and said other countries should do the same.

"It is a long path with many steps along the way," she said to a standing ovation.

The Trump administration has been regularly tightening the six-decade-old embargo on Cuba in recent months with the stated purpose of cutting off income to the Cuban government and forcing it to cut ties to Venezuela and grant more human rights to Cuban citizens. Washington has barred U.S cruise ships visiting Cuba, sanctioned oil tankers moving petroleum from Venezuela to Cuba and permitted lawsuits against foreign companies profiting from their use of properties confiscated from Americans or from Cubans who later obtained American citizenship.

The measures have contributed to the Cuban government's chronic shortages of hard currency and were blamed for several weeks of fuel shortages on the island, but so far there is no indication that the Trump policy is having its desired effect. Cuba's security services continue to detain and harass dissenters and human rights groups say freedom of expression, assembly and other rights remain highly curtailed.

The Cuban and Venezuelan government remain tightly aligned and both have declared their intent to become even closer allies in the face of the Trump measures.