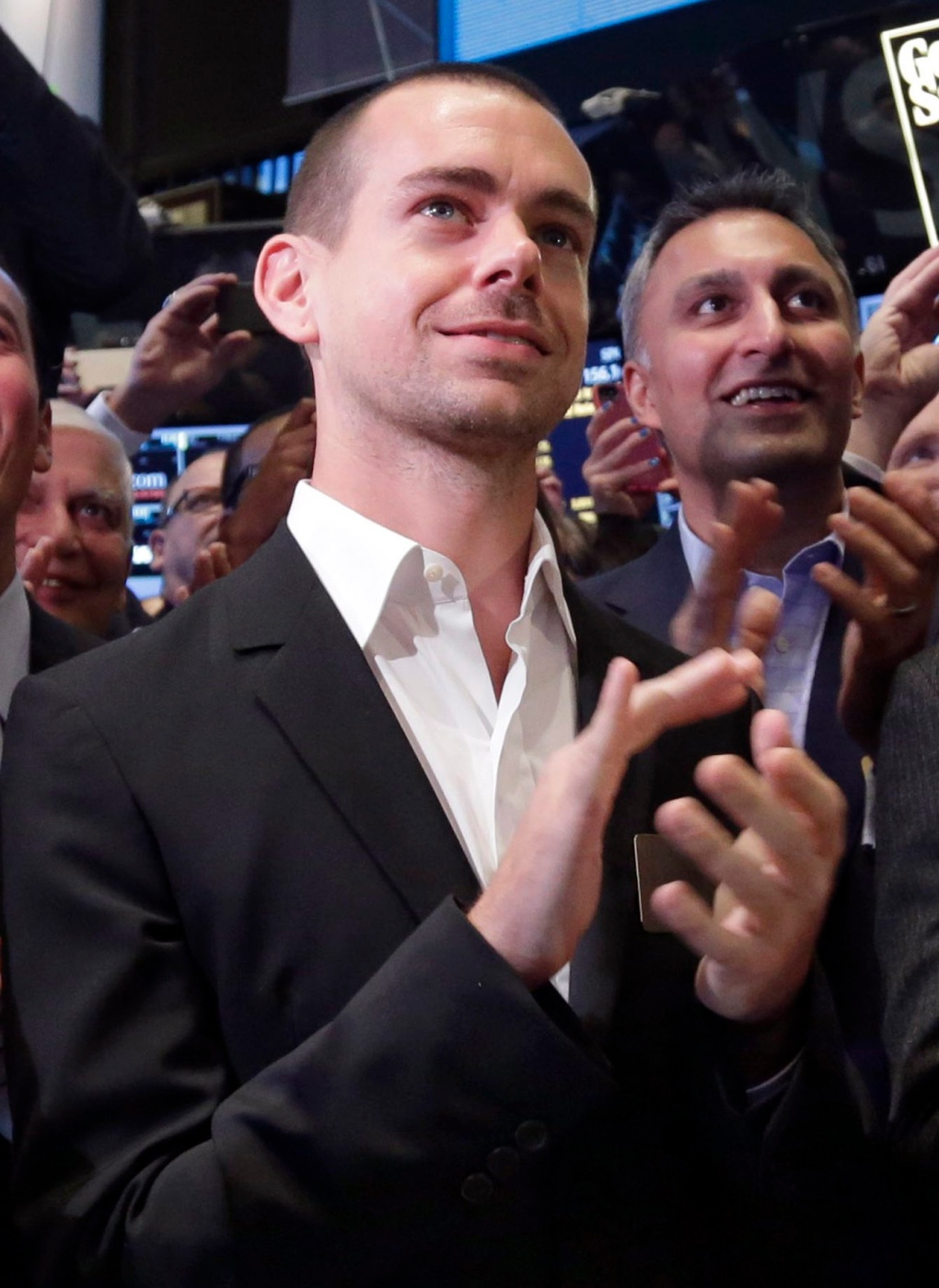 In this Nov. 7, 2013 file photo, Twitter Chairman and co-founder Jack Dorsey applauds during the ringing of the opening bell at the New York Stock Exchange. (AP Photo/Richard Drew, File)

SAN FRANCISCO -- After laying off more than 300 workers, Twitter CEO Jack Dorsey is trying to lift the spirits of the remaining employees by giving them 6.8 million shares of the stock he owns in the online messaging service.

Dorsey is giving up the stock, currently worth more than $200 million, so Twitter can award the shares to its employees, according to documents filed Friday with the Securities and Exchange Commission.

The gesture comes a week after Dorsey laid off 8 per cent of Twitter's workforce in an effort to make the company profitable for the first time in its nine-year history. The gift represents nearly one-third of the stock Dorsey owns in the San Francisco company.

Twitter said Dorsey's shares will be earmarked for stock issued to employees next year under the company's incentive plan.

Dorsey will still own 15 million Twitter shares worth about $460 million, based on Twitter's current market value.

The shares have declined by 40 per cent in the past six months amid concerns about Twitter's slowing user growth and inability to make money.

Twitter Inc. brought back Dorsey, one of its co-founders, as its CEO in hopes that he can figure out a way to make the messaging service more appealing beyond its core audience of about 300 million users. By comparison, Facebook's social networking service has 1.5 billion users, even though it is only two years older than Twitter.

Dorsey was Twitter's original CEO, but was ousted because the company's board didn't think he was the right leader at that time.

While he tries to re-tool Twitter, Dorsey is also serving as CEO of Square, a payment processor that is preparing to price an initial public offering of its stock.

Dorsey has given back nearly 15.1 million shares of Square stock during the past two years, too, according to Square's IPO documents. He remains by far Square's largest shareholder with a 24 per cent stake in that San Francisco company, which is located a block away from Twitter's headquarters.