Slack shows up for work and rallies in Wall Street debut 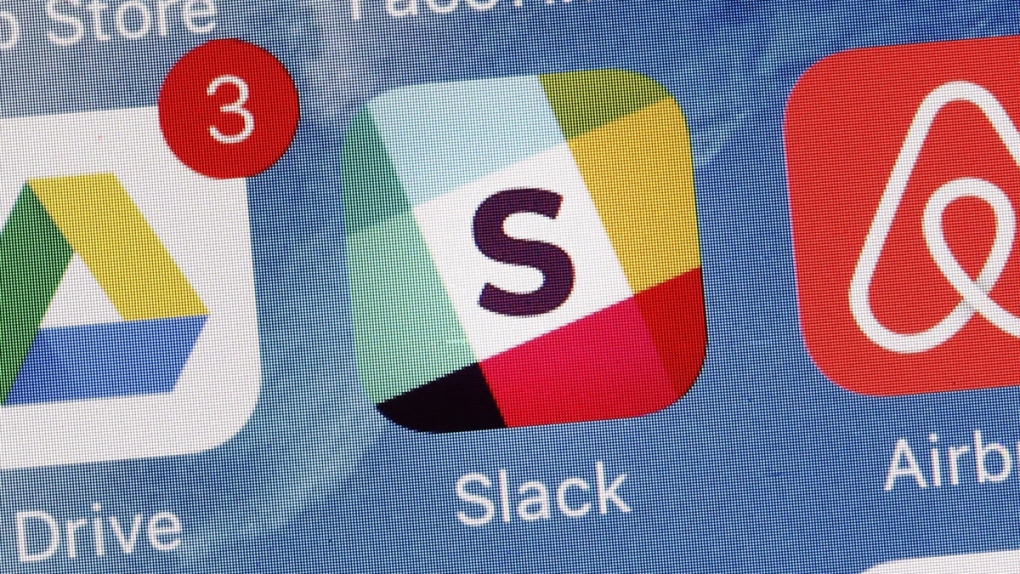 The work messaging service grew 49% in value after its stock started trading Thursday under the ticker "WORK."

Slack's debut is the latest in several highly anticipated initial public offerings of stock for tech companies. While some such as Uber hit a few potholes on their opening day, companies focused on business services appear to be doing well.

Shares in Slack debuted on the New York Stock Exchange at $38.50 and rose slightly to close at $38.62. That's 49% above the $26 reference price set by the exchange based on an analysis of recent trading activity among a more limited number of investors in the private market.

Slack's IPO is using an unusual approach known as a direct listing. In such cases, a company doesn't hire underwriters or sell new shares to raise money; it simply lists existing shares.

Slack launched publicly in 2014 and was quickly adopted by many workplaces, particularly in tech and media.

The service aims to replace traditional work communication such as email and instant messaging. With Slack, users start "channels," or a group chat with a specific topic. New employees can see what's already been discussed and shared rather than join a conversation mid-stream. And unlike internal corporate messaging systems, Slack makes it easier for teams in different companies to collaborate on the same platform.

"We could have used standard messaging systems, but they're not designed for collaboration and the kind of workflow that a lot of companies use them for," he said.

But with anything people spend several hours a day on, there have complaints by some, who say it can be confusing to navigate between channels and doesn't actually save much time.

"Any piece of software like this is an evolutionary product, and the more feedback they get they'll just add more features," Bajarin said.

Slack said 600,000 organizations in more than 150 countries use the service -- the bulk on a free service, which imposes limits such as how far back an employee can view archives. The San Francisco company says its more than 10 million daily active users collectively spend more than 50 million hours on Slack in a typical week.

Slack said in a regulatory filing that the volume-weighted average price of shares that changed hands in the private market from February through May was $26.38. That was partly how the New York Stock Exchange came up with the $26 base price.

Kathleen Smith, principal at Renaissance Capital, which researches IPOs, said a direct listing saves the company underwriting fees, but it means the company needs a strong investor relations program since initial shares aren't being sold at a discount to attract buyers.

"It's always a little challenging to get this kind of value into the market elegantly. We know it was challenging for Uber," she said. "These very large IPOs can have a rocky road when they enter the market."

At its opening price, Slack is worth about $23 billion based on 599 million shares outstanding.

Still, to have such a high valuation without being profitable puts pressure on the company to perform, he said.

In the February-April quarter, the company lost $33 million, or 23 cents per share, excluding one-time items, as revenue jumped 67% to $134.8 million. While revenue has been strong, growth is decelerating as the company matures: Revenue grew 81% in the fiscal year that ended Jan. 31; for the current year, Slack is predicting growth of 47% to 50%.

Slack is the second major tech company to start trading with a direct listing; Spotify did so in April 2018. More than a year later, Spotify's stock is trading at $149.87, about the same as it closed at during its first day of trading.

Slack will be looking to avoid the fate of Lyft , which also isn't profitable. Lyft's stock debuted on March 28 at $87.24, up 21% from its offering price of $72. But shares have fallen since, including a drop when the company reported a steep $1.14 billion loss for the first quarter, compared with a loss of $234 million a year ago. Its shares are down 13% from their IPO price.

The enterprise software sector has fared better. Zoom Video Communications, which makes video conferencing technology people use for work, is one of the rare profitable tech companies going public. Its shares are nearly triple their IPO price .

Pinterest Inc., a digital scrapbooking site that went public the same day as Zoom, is 45% up from its IPO price.

Uber's IPO in May was the most highly anticipated debut, but its stock fell 8% on opening day. It has regained the value, with shares now down 3% from its IPO price.