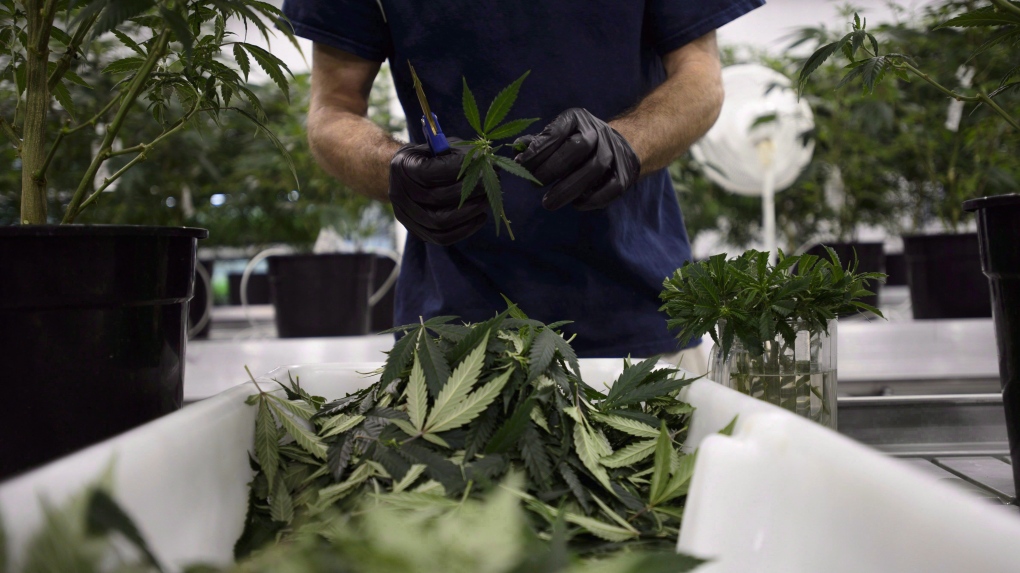 The Smiths Falls, Ont.-based company told investors and analysts during a November conference call to discuss its financial results that it was grappling with $20.5 million worth of product being returned from provincial retailers and bracing itself for another $6.4 million worth that was on the way.

In the previous quarter it had taken an $8-million writedown for unsold oil and gel caps.

The incidents are a peek into the little-discussed world of cannabis returns, where products are sent back to companies over everything from lack of sales to consumer complaints and quality concerns. Because companies and provincial cannabis distributors track returns differently and don't always disclose data, it's hard to know how common returns are, but experts say returns are more often an issue between retailers and wholesalers than consumer complaints.

Jordan Sinclair, Canopy's vice-president of communications, wrote in an email that the capsule returns his company faced came because the products "didn't catch on in the recreational market as quickly as we had anticipated in part due to slower store rollout."

"We're viewing these things as natural friction as consumers and retailers provide their feedback," he said. "This is a new market and we are still learning about customer preferences and how they differ from province to province.

Some predict the number of returns like Canopy's may be exacerbated by a predicted oversupply of legal cannabis and the second wave of products like pot-infused chocolates, cookies, soft chews, mints, tea and vapes to hit the market.

"We are in the process of seeing the first wave of returns," said Robyn Rabinovitch, Hill+Knowlton Strategies's business strategy consultant for cannabis clients, who has worked for CannTrust Holdings Inc. and TerrAscend.

"As we get into more robust offerings...and additional product categories, I think there is a risk of some of the slow-moving product on the 1.0 side being returned to licensed producers just to free up space at the retail and wholesale level."

Rabinovitch has noticed that consumers are clamouring for products that have the lowest cost, but the highest potency. Their habits have sometimes left products with less than 12 per cent tetrahydrocannabinol -- the cannabis compound producing a high -- on shelves.

Greg Engel, chief executive of Organigram Holdings Inc., said he has yet to see anything that makes him feel product that isn't selling will be returned to make up space. For now, he says industry returns have largely come from slow moving products.

"Now that next-gen products have launched many provinces and retailers are considering a SKU rationalization process to assess their current category mix," he said. "Generally, these processes result in depleting existing inventory versus returns."

But products returned because they don't sell are only one part of the problem facing cannabis companies.

There have been recalls, like the voluntary one that occurred in November 2018, when RedeCan Pharm received complaints that some of their products contained mould.

Vaughan, Ont.-based CannTrust Holdings Inc. was subject to massive returns when millions in product was shipped back after it was disclosed the company grew some weed in unlicensed greenhouse rooms.

Cannabis stores across the country are also encountering situations when products arrived late to customers, shipments are undeliverable, items are damaged or not as ordered. Sometimes returns happen because buyers simply have had a change of heart about their purchase.

"I have heard there are some issues in quality with some licensed producers...but we don't really get a lot a lot of returns," said Marianella delaBarrera, WeedMD Inc.'s vice-president of communications and corporate affairs.

WeedMD returns are "atypical," she said. The company only gets one or two a month and most come from products being undeliverable.

"Being a new product and a new industry, we thought (we would see) high numbers," Mathew said. "We've seen a significant decrease... it was a learning curve."

Licensed producers are required to retain all returned products for two years for testing purposes, after which they are free to destroy it as long as no one is exposed to cannabis smoke in the process and two people are on hand to witness the event.

Federal regulations allow companies to get rid of the substance by incinerating it or shredding it and mixing it with other types of inorganic material before composting or disposing of it through local waste removal services.

Companies are turning to third-party disposal companies to free up space or compost methods, a switch from earlier days of the industry, when Rabinovitch noticed a novel approach was popular.

"You would go purchase kitty litter. You would add water to the material and then be able to throw it out in traditional methods, confirming that no one would be able to dumpster dive and be harmed by the consumption of those materials," she says.

"But kitty litter is not always the most efficient and cost effective method."