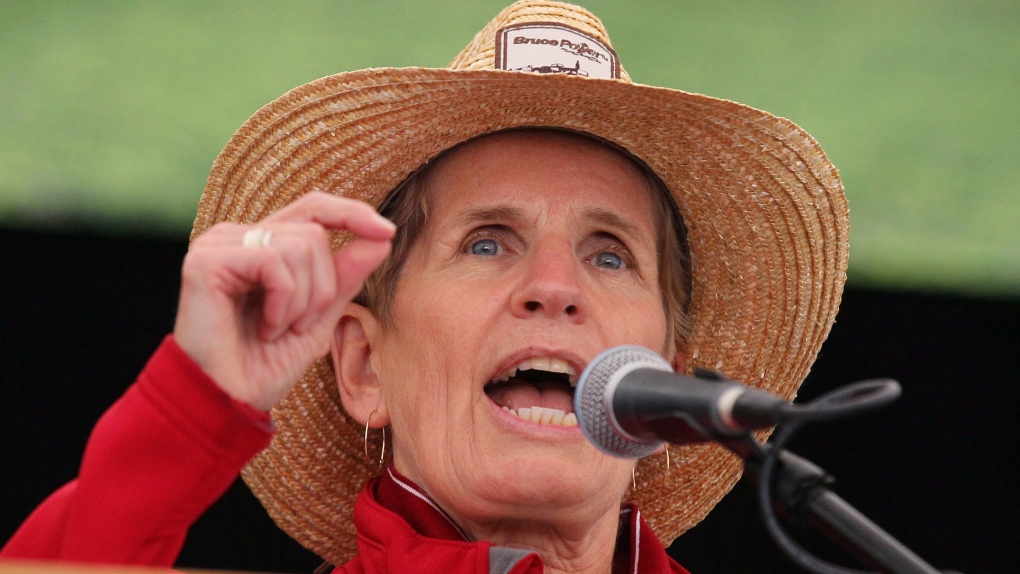 WALTON, Ont. -- Ontario farmers and small businesses will receive support from the government as the province moves ahead with its plan to raise the minimum wage to $15 an hour, Premier Kathleen Wynne said Tuesday.

But the premier offered no further details about what that support would look like or when it would be announced.

Wynne made the comments at an outdoor agricultural expo in Walton, Ont., where many in the farming community are concerned about the planned minimum wage increase.

"Particularly at an event like this, at the International Plowing Match, we know how abundant this province is and when we've got people working full-time who have to go to the food bank, that's not good enough," Wynne said.

Wynne and dozens of members of the legislature of all party stripes made their annual trip to the plowing match, hoping to woe voters in rural Ontario ahead of the June 7 provincial election.

The Ontario Federation of Agriculture said in a statement earlier this year that the minimum wage increase would adversely impact youth employment, make farmers less competitive and threaten food security and the sustainability of agricultural products available to Ontario consumers.

Progressive Conservative Leader Patrick Brown said he heard from a number of farmers who were upset about rural school closures, trade negotiations and the minimum wage hike.

The province should lengthen the transition period to the new minimum wage to ensure farmers can prepare, Brown added.

"A lot of the frustration I heard from farmers was not necessarily over the $15, it was the pace," he said. "It was about giving notice so that you can adapt."

NDP Leader Andrea Horwath said if the provincial government had acted sooner to increase minimum wage it wouldn't have such a pronounced impact on the farming community. She also received a round of applause from the crowd at the plowing match when she raised the issue of the cost of electricity.

Wynne was politely received at this year's plowing match, a stark comparison to the previous year when she was booed by farmers during the event's opening ceremonies over the rising hydro rates.