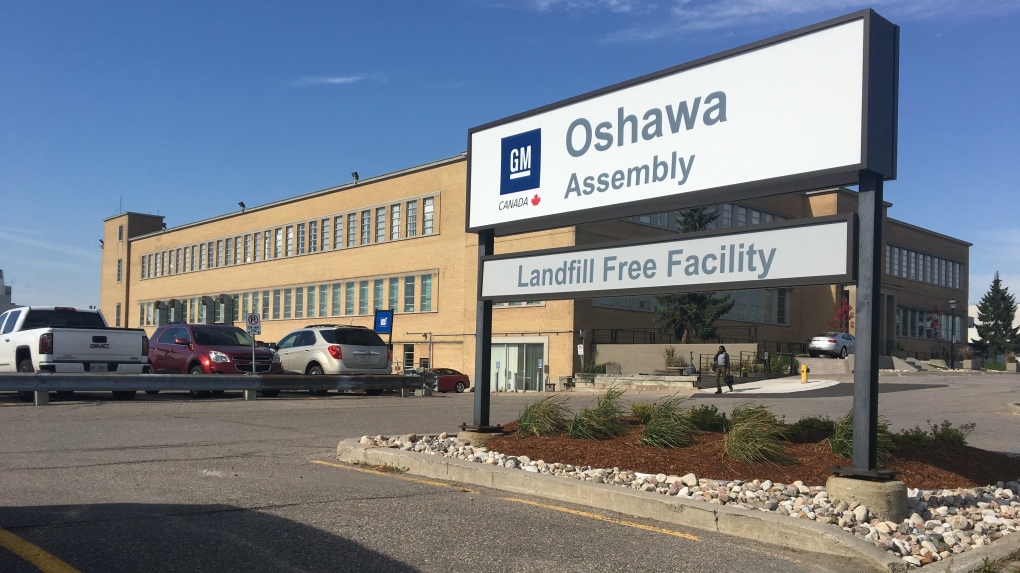 CTV Toronto broke the news that GM Canada would be ceasing all production in its Oshawa, Ont. plant. (GM Canada)

TORONTO -- Martinrea International Inc. says it will be forced to close an automotive factory when General Motors winds down production at its Oshawa assembly plant next year in one of the clearest indications of the knock-on effects of the closure on suppliers.

Rob Wildeboer, executive chairman of manufacturer Martinrea, says the company will have no choice but to end operations at its Ajax, Ont. plant and offer relocation to the 77 people who work there because the site is entirely dependent on GM's Oshawa assembly line.

"If they're not making vehicles there then obviously they don't need our assemblies," he said in an interview Wednesday.

The closure of the Oshawa plant and the nearly 3,000 jobs that will be lost have raised concerns of ripple effects through the supply chain, with Unifor estimating every job represents seven spin off jobs in the local economy.

Parts manufacturers and other suppliers have, however, downplayed the overall impact of the closure thanks to diversification efforts after the global economic downturn that helped lead GM into bankruptcy in 2009.

Automotive manufacturer Linamar Corp. said it expects to see minimal to no impact from the closure since most of its GM parts are exported to assembly plants in the U.S.

"The impact to GM's total vehicle build is expected to be quite minimal at this point in time meaning we will still be supplying product to the powertrain programs that supply those vehicle platforms at expected volumes," said Linamar CEO Linda Hasenfratz in an emailed statement.

"This is a hit. It's like two steps forward one step back."

Smaller operations have also diversified, including packager TEC Business Solutions. Part-owner and director Mike Prencipe said the company was forced to diversify after the recession in 2008.

"We diversified. Not only did we go to other sectors, other types of packaging, but it forced, in a good way, forced us into the freight business as well."

The company is now about 60 per cent reliant on the auto sector, down from 80 or 90 per cent in the past.

Prencipe said the company has had to stay nimble and watch for further shifts in the industry, and started shifting business away from exposure to the Oshawa plant as GM kept cutting back production.

"We planned for it, we kind of said, this is where GM is heading, we're not going to supply to manufacturers that supply GM."

Despite the Oshawa loss, he said he still has faith in the automotive sector in Canada.

"I think automotive's safe here, I think we're good. There's too much integrated systems here, I don't see any cause for concerns in the short-term or even the mid-range, long-term, I think we're fine."

Wildeboer said he also believes Ontario's automotive sector is still largely secure both because the industry is still sizable and investments have kept workforces and factories up to date.

"We have some of our most competitive parts plants in the world in Ontario...we have a very good workforce, we have very good equipment, and the latest in manufacturing. And that's how you get competitive."

He said pressures like higher energy costs and rising minimum wages have put pressure on the province's economy, but that there's still enough production to anchor the industry.

"If you're producing a million and a half plus vehicles, I think you've got a good critical mass."