Amid high hopes of a return to normal with the end of COVID-19 restrictions, this year may be defined by another concerning trend: the rising price of gasoline.

Exceeding an average of $2 per litre across the country for the first time this month, the cost of gas has set a new all-time high in Canada, with the added toll coming at a time of record inflation and the start of what is often considered the summer driving season.

But what exactly is causing the increase and what are Canadians really paying for at the pump?

CTVNews.ca spoke to experts about what goes into the price of gas, the effect of refinement on high prices, concerning trends around diesel, and how costs could dissuade consumers from driving altogether.

A number of factors play into the price tag drivers see when they fill up their vehicles.

One, which may not come as a surprise, is the price of oil. Due to the war in Ukraine, the price for a barrel shot up in recent months, with global benchmarks Brent Crude and West Texas Intermediate selling in excess of US$100 a barrel.

Russia is also the world's third largest producer of oil, making up 11 per cent of the global share.

"So we're at the mercy of international markets for better or worse," Werner Antweiler, director of the Sauder School of Business Prediction Markets at the University of British Columbia, told CTVNews.ca in a phone interview on May 17.

They include the refining margin, which comprise the cost to refine, store and deliver. More specifically, it is the difference between the cost of crude and the wholesale price of gas.

After that, there is the retail margin, which goes to gas stations, and then the various federal, provincial and sometimes regional taxes that are added on.

The Canadian Fuels Association says, in 2021, crude oil made up 39 per cent of the price for regular gasoline, followed by 35 per cent for taxes, 20 per cent for refining and six per cent for distribution and marketing.

Generally, the price of gas reacts fairly quickly to changing oil prices, Antweiler said, a point other experts say is true. Competition between gas stations does vary depending on where in the country you live, which can play a role in what regional gas prices will be.

But price fixing or "collusion" is rare, Antweiler said.

Drivers in Quebec may remember one example from 2008, when several companies and an individual pleaded guilty and were fined in connection with a gas price-fixing scheme.

In practice, Antweiler said the retail margin for gas stations is relatively flat at around 10 cents per litre in most places where there is competition.

What is "peculiar" now is the volatility in the refining margin, which in the Vancouver area has shot up to about 70 cents per litre from 45 cents previously, Antweiler said.

This stems from issues around transportation and capacity constraints.

"It's not the gas stations or the retailers, it's the wholesalers," he said.

Roger McKnight, chief petroleum analyst for En-Pro, stressed that the country is not unified on how gas prices are set.

Anywhere east of Thunder Bay, Ont., will tend to follow traders on Wall Street, specifically the futures price for oil, he said.

If the futures price rises one day, the price at the pump will generally follow 48 hours later.

West of Thunder Bay, the price of gas tends to follow more closely with the global price of crude oil, with the exception of lower mainland B.C. which is more aligned with wholesale movements in Seattle, Wash.

"So when you get right down to it, the day-to-day prices across Canada follow different markets,” McKnight said in a phone interview on May 17.

At the end of the day, the issue is a classic case of supply and demand.

"The supply is very, very tightly in sync with demand," Ian Lee, an associate professor at the Sprott School of Business at Carleton University in Ottawa, told CTVNews.ca in a phone interview on May 17. "There's no slack in the system to use slang English."

As more sectors of the economy reopened, demand for gas increased sharply.

But Lee said oil producers have taken a longer time to increase production, with previous pandemic-related shutdowns making the demand for gas uncertain.

"We're paying, all of us, higher prices than we ought to be because of the shortages at the refinery level, so that's what's exacerbating the problem," Lee said.

Similar to Canada's housing crisis, he believes the solution is to bring supply back into the marketplace. But in the short run, it "hurts like hell."

The U.S. Energy Information Administration, which is part of the U.S. Department of Energy, releases weekly reports on the status of petroleum.

Its latest report, released May 18, shows that U.S. commercial crude oil inventories, excluding the Strategic Petroleum Reserve, fell by 3.4 million barrels from the previous week and, at 420.8 million barrels, is 14 per cent below the five-year average for this time of the year.

Motor gasoline inventories are about eight per cent below their five-year average, while distillate fuel, which includes diesel, jet fuel and heating oil, is down approximately 22 per cent from its five-year average.

"So when your supply side is all in negative and your demand side is all in positive ... the consumer's going to end up paying for that," McKnight said.

The U.S. also has been exporting oil from its Strategic Petroleum Reserve to Europe, while Canada in March committed to increase its oil and gas exports.

OPEC, or the Organization of the Petroleum Exporting Countries, has said it will not increase production to compensate for lost Russian oil, of which a number of European countries, as well as Canada and the U.S., are boycotting. OPEC and its allied countries, which together are known as OPEC+, also includes non-member Russia.

Earlier this week, oil giant Saudi Aramco, which is 98 per cent owned by the Saudi government, said its profits had soared more than 80 per cent in the first three months of the year, causing it to overtake Apple as the world's most valuable company. 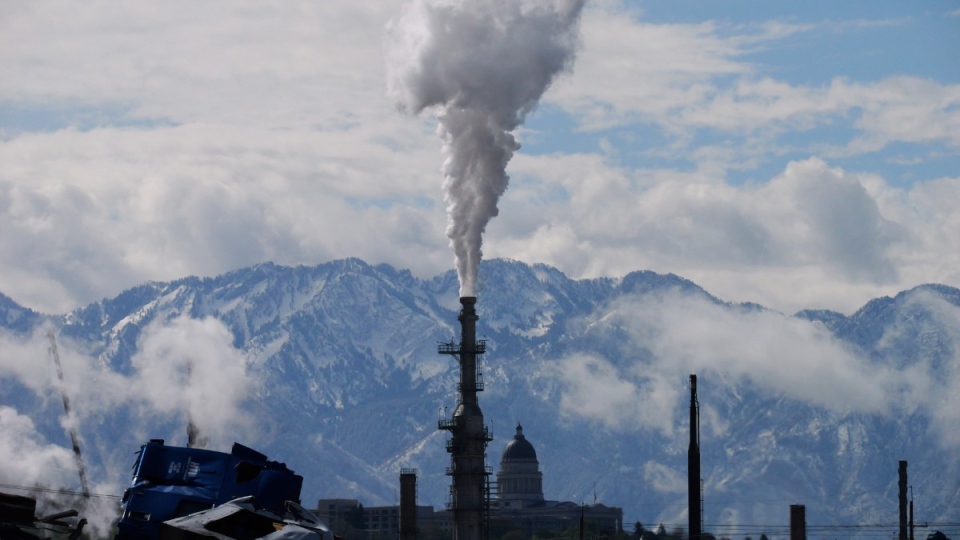 While the price of retail gas may be top of mind for most consumers, what may be overlooked is the unusual surge in the cost of diesel.

Since diesel is used across the commercial sector, from heavy equipment to transportation, this issue is probably the most worrisome, Antweiler said.

"Diesel is the fuel of commerce and so this cost will get passed on to consumers," he said.

This is in part being driven by missing feedstock, or the raw materials that refineries need of which Russia is a source, making it much harder to refine diesel.

Refineries need natural gas in order to make hydrogen, which is used in the refining process and also has become more expensive, Antweiler said.

Refineries tend to switch their output to gasoline during the summer to accommodate the increased demand and stocks of diesel fuel were already low coming into 2022.

"The bottom line is that the market for diesel fuel is complex, and follows its own market logic that is not the same as for gasoline," Antweiler said in a follow-up email to CTVNews.ca.

"Mostly, the extra demand from Europe is spilling over to North American markets. If refineries rush to make more diesel, this will lower output of gasoline. So if prices for diesel start coming down, they will go up further for gasoline." 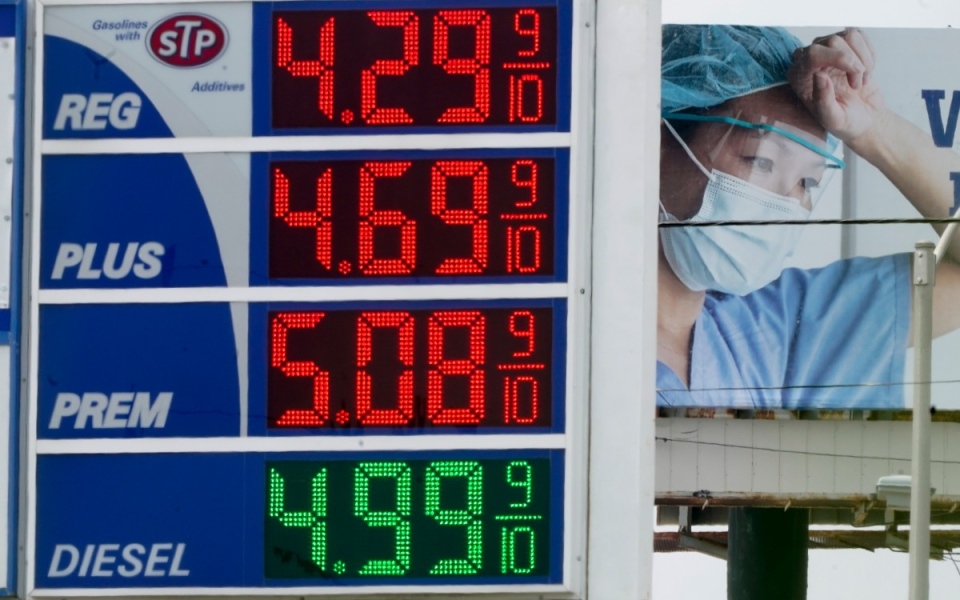 How drivers respond to persistently high gas prices is something experts will watch for.

Lee predicts that if there is any reduction in demand for gas, it will be the result of "demand destruction," caused by prices rising so much that it "literally kills some demand."

But whether that falloff in demand occurs, which will be known by measuring the average kilometres driven by Canadians, won't be known for another year, Lee said.

"That's why I don't think there's any rioting on the streets yet at $2 a litre," Lee said.

"As painful as it is, the reaction from consumers is grumbling, a lot of grumbling for sure, but it's been muted and I think it's because consumers, individuals, face options to mitigate the effect of the price.

"I think if natural gas to heat homes or home heating had risen by the same magnitude, I think you would have seen riots on the streets."

WHERE DO WE GO FROM HERE?

Concerning the price of crude oil, Antweiler doesn't see it going much beyond US$120 a barrel unless something occurs to make the situation worse.

A lot of operations shut down during the early part of the COVID-19 pandemic as demand plummeted, and Antweiler said producers will be incentivized to increase production although this will take time, meaning prices will remain high throughout the summer.

For McKnight, the answer to when this will stop is less clear.

"I'd be a multi-billionaire if I could answer that question," he said.

Nevertheless, he said governments could look at the HST and consider capping the amount that is charged on a litre of gasoline.

Alberta has temporarily paused collections of its gas tax, which has cut the inflation rate slightly in the province.

Lee said he would not expect gas to be more than $2 per litre a year from now.

But the distress caused by the price of oil could lead to some policy changes in the United States, he said, with Americans potentially shifting their views on pipelines as more view energy as a national security issue.