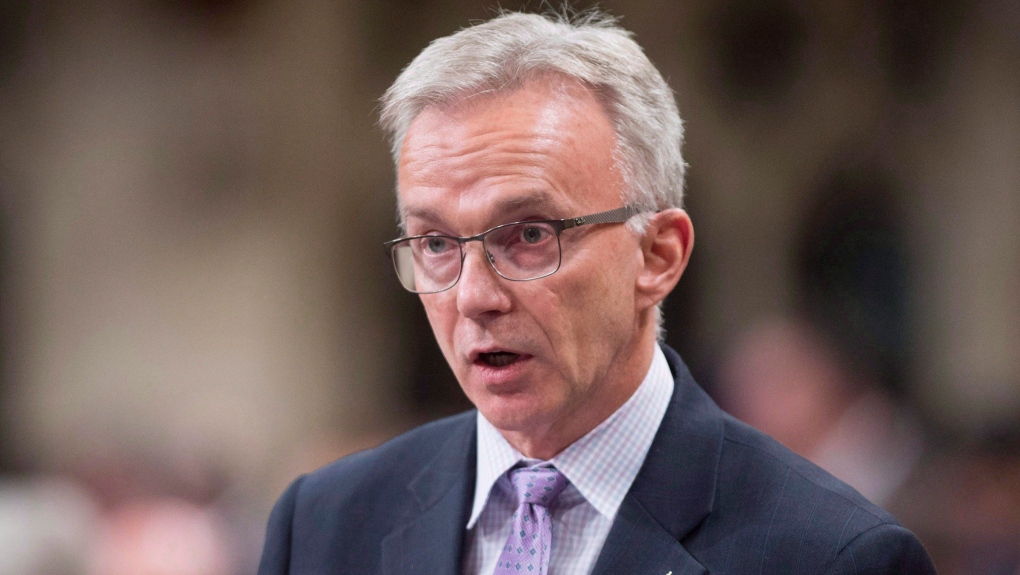 Liberal MP Sean Casey rises in the House of Commons in Ottawa on Monday, December 11, 2017. THE CANADIAN PRESS/Adrian Wyld

OTTAWA -- Foreign vessels arriving in Canadian ports can expect more monitoring by officials hunting for contraband fish now that Canada is part of an international agreement to combat illegal fishing.

As of Saturday, Canada will be part of the Port State Measures Agreement, which seeks to put a dent in the US$23-billion global industry in illegal fishing.

Liberal MP Sean Casey, the parliamentary secretary for the minister of fisheries, says Canada signed on to the agreement when it was developed almost a decade ago but it took five years for the previous Conservative government to pass legislation to implement it, and another four years for the Liberals to get the needed regulations in place.

Canada will be the 62nd party to sign on to the agreement, which Casey says mostly just seeks to strengthen things Canada is already doing.

Globally it is estimated that 26 million tonnes of fish are illegally caught and unreported but Casey says there is no certainty about how much of that total comes into Canada.

Once in force in Canada, the agreement will give Canadian officials more power to deny port entry to vessels carrying illegally caught fish, mainly through more monitoring at Canadian ports when vessels are registered and fish are offloaded.

Casey says it will also formalize Canada's participation in information-sharing with other countries that are part of the agreement.

"It gives our international partners more confidence that we have complied with what we said we were going to do," he said.

Casey, a longtime MP from Prince Edward Island running for re-election in the fall, said illegal fishing isn't often raised with him by fishers here but it's on the agenda at every international fishing conference he has attended.