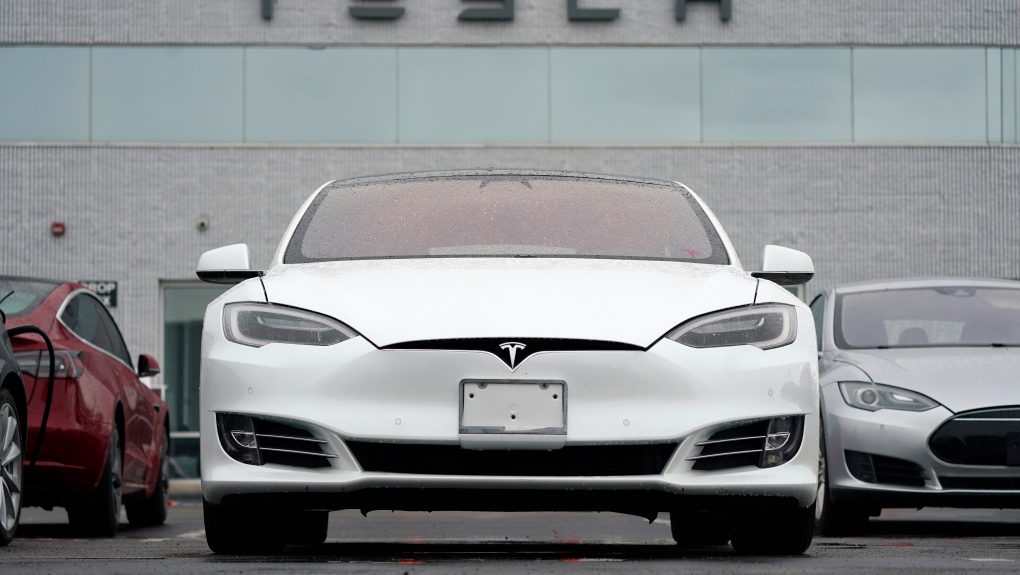 This Sunday, May 9, 2021 file photo shows vehicles at a Tesla location in Littleton, Colo. According to the U.S. National Transportation Safety Board, home security camera footage shows that the owner of a Tesla got into the driver's seat of the car shortly before a deadly crash in suburban Houston. (AP Photo/David Zalubowski)

DETROIT -- Two crashes involving Teslas apparently running on Autopilot are drawing scrutiny from federal regulators and point to a potential new hazard on U.S. freeways: The partially automated vehicles may not stop for motorcycles.

The National Highway Traffic Safety Administration sent investigation teams to two crashes last month in which Teslas collided with motorcycles on freeways in the darkness, and the riders were killed.

In both cases, the agency suspects that Tesla's partially automated driver-assist system was in use.

The agency says that once it gathers more information, it may include the crashes in an broader probe of Teslas striking emergency vehicles parked along freeways.