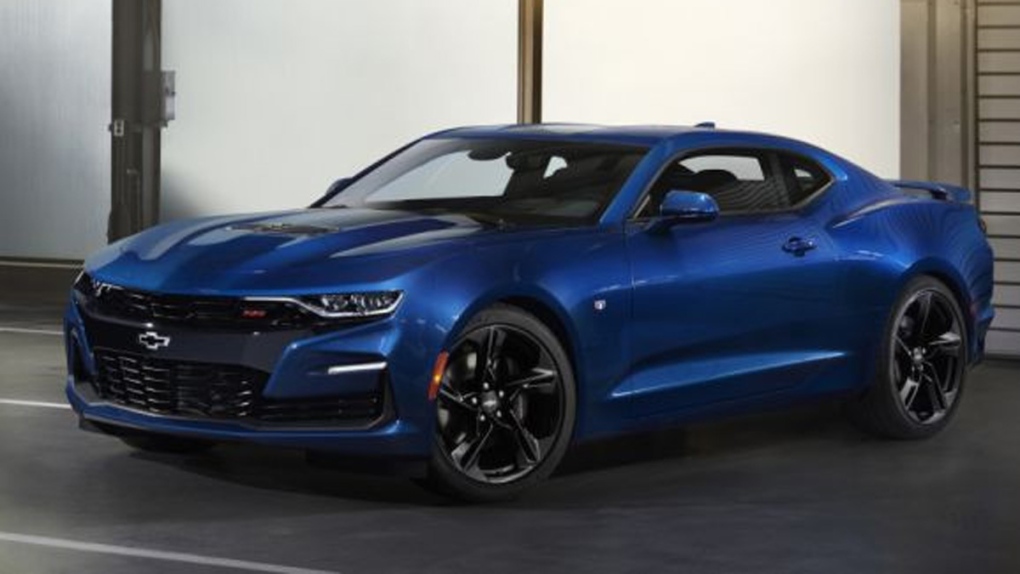 The current sixth-generation Chevrolet Camaro is going to be entering its third year on sale with the onset of the 2019 model, so it's naturally time for one of those mild, mid-cycle facelifts. This kind of update is usually very minor, especially with a car as important as the Camaro is to Chevrolet. That's certainly how it is with the mechanicals, although there is the addition of a new model, but the exterior has somewhat surprisingly been given a fairly major overhaul.

Like the 2018 model year, the four-cylinder and V-6 powered models have a look that's distinct from the SS V-8. However, instead of the changes being kept to things like the lower-grille, the entire front fascia is different this time.

The V-8 has been given the bulk of the major surgery with a massive black grille that now dominates the front of the Camaro. Perhaps not surprisingly, it does boast a remarkable resemblance to latest look of Bumblebee from the most recent "Transformers" movies. The grille features the "Flowtie" right in the middle for extra airflow, and the hood is now adorned by a functional air extractor. Four- and six-cylinder variants keep the updates on the conservative end of the design spectrum, with the upper and lower grilles kept separate and with the badge remaining in the middle of the top one. They now have a much more sculpted look, and the headlights flow seamlessly into the grille with all versions. The changes to the rear are much less drastic and are kept to reshaped taillights and a slightly adjusted rear bumper.

A new 1LE variant has been added to the extensive Camaro family for 2019, and in this case Chevy is giving the treatment to the turbo-four. The 1LE will effectively have the same FE3 suspension as the V-6 1LE and SS. This new variant also gets engine, transmission and differential coolers, as well as launch control, a no-lift shift function and electronic sound enhancement utilizing recordings of the actual engine. And just as with every other 1LE model, it gets a matte black hood and accents.

As well as the new look, the SS also gets the 10-speed automatic gearbox from the ZL1, launch control and line-lock like the Mustang already has, and the rear-view mirror display that's now such a well-known feature in modern Cadillacs.

Pricing and availability is yet to be confirmed, but the 2019 Chevrolet Camaro will be on sale from the end of this year.