Health experts have issued an urgent warning that superbugs will likely kill nearly 400 thousand Canadians over the next 30 years. Here's what else you need to know to start your day.

1. Threat of superbugs: Health Canada suggests the best way to prevent antibiotic resistance to infectious bacteria is to reduce the use of antibiotics, and one expert believes government should take the lead.

2. Don Cherry speaks out: After being fired for suggesting immigrants don't wear poppies, Don Cherry isn't apologizing. Instead, he says he wishes he had chosen different words to illustrate his opinion.

3. PM meeting: Saskatchewan Premier Scott Moe came out of a meeting with Prime Minster Justin Trudeau "disappointed" with what he says is a lack of commitment to address Western needs.

4. Freak accident: A mother in Toronto's east end says she is struggling to cope after an air conditioning unit fell from the window of an eighth-floor apartment, striking and killing her two-year-old daughter.

5. Cannabis industry: An Alberta cannabis company is going green with what it claims is the largest solar panel array in the Canadian pot business.

Charitable candy dream: After a bag of candy that a seven-year-old Toronto boy hoped to donate was stolen on Halloween night, a charitable outpouring saw him collect enough sweets and food for 20 homeless people. 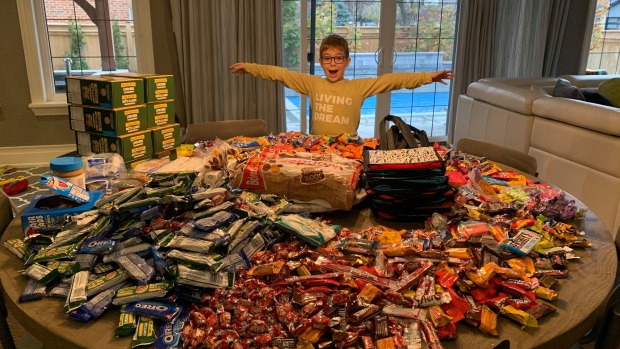