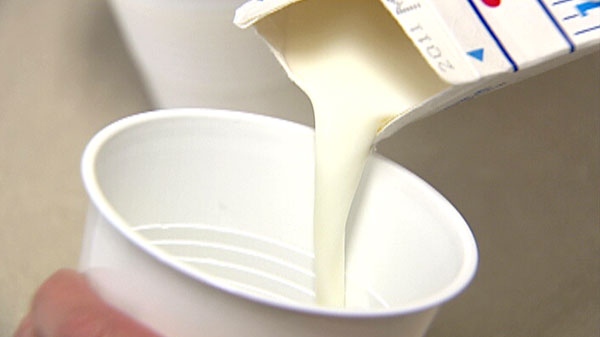 Milk is better than water for keeping busy children hydrated, especially during the dog days of summer, according to a new Canadian study.

Researchers at McMaster University in Hamilton, Ont., say milk is even better than electrolyte-rich sports drinks at staving off dehydration among the little ones.

For their study, the team asked a group of children between the ages of eight and 10 to exercise in a climate chamber. They were then given a drink before researchers measured their level of hydration.

According to the findings, milk is best for replacing the sodium that gets lost with sweat. It also provides the protein, which is not found in water or sports drinks, that kids need for muscle development.

"Children become dehydrated during exercise, and it's important they get enough fluids, particularly before going into a second round of a game," said lead researcher Brian Timmons, research director at McMaster's child health and exercise medicine program. "Milk is better than either a sports drink or water because it is a source of high quality protein, carbohydrates, calcium and electrolytes."

According to Timmons, both active children and adults usually don't drink enough during exercise to maintain appropriate hydration levels, which means they move into their next activity at a "hydration disadvantage."

A child or adult measuring one per cent dehydration can experience a 15 per cent decline in their exercise performance, Timmons said, as their heart rate increases and core temperatures rises. More significant dehydration increases the risk of heat stroke.