McCartney to play T.O. and Montreal this summer 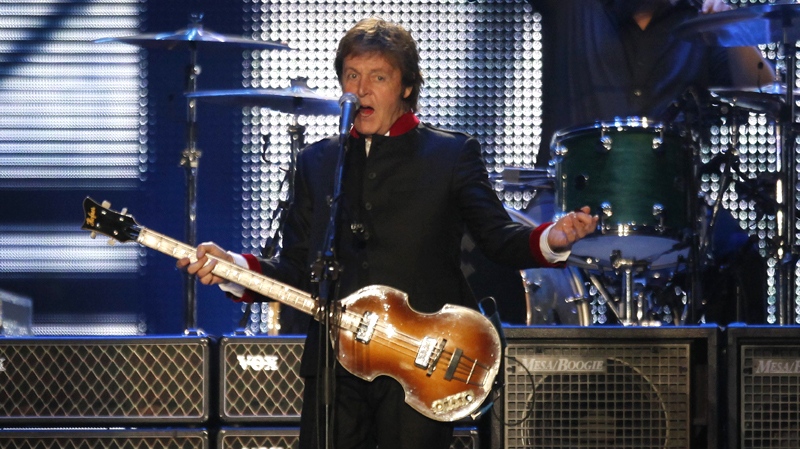 Britain's musician Paul McCartney performs during his "Up and Coming" tour at the Foro Sol in Mexico City, Thursday, May 27, 2010. (AP Photo/Eduardo Verdugo)

The 67-year-old rocker will play August dates in Montreal and Toronto as part of his tour, which kicks off July 15 in Denver.

His last Canadian performance was back in July 2009, when he played in Halifax.

McCartney's last record of new material as a solo artist was 2007's "Memory Almost Full," which was certified gold in Canada.

The rocker became the first non-American to win the Library of Congress' Gershwin Prize for Popular Song on Wednesday.