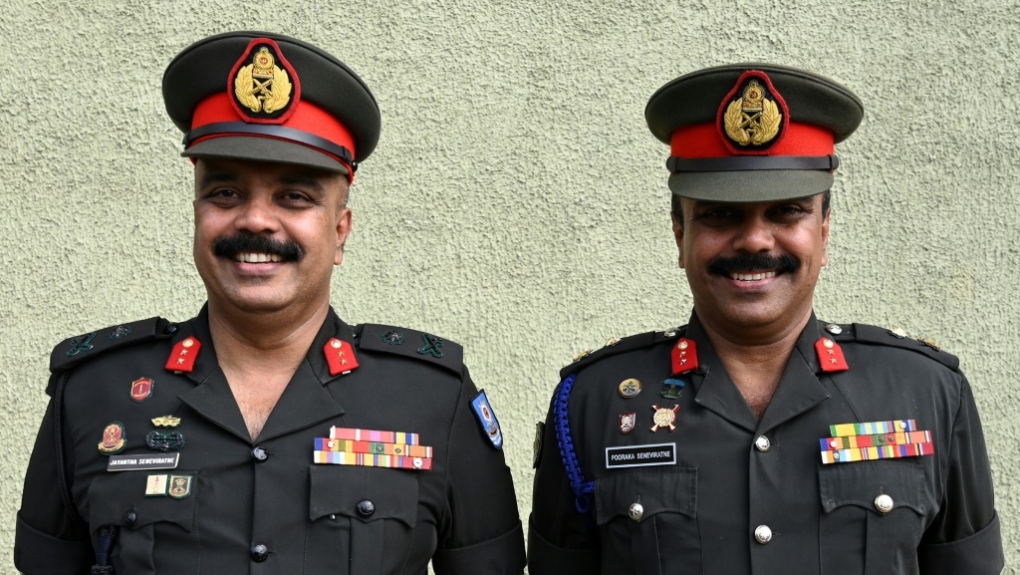 Twin Sri Lankan army generals Jayantha and Pooraka Seneviratne were among the thousands who turned up for the record attempt. (AFP)

COLOMBO, SRI LANKA -- A Sri Lankan attempt to set a world record for the largest gathering of twins may have failed Monday after an unexpectedly large turnout overwhelmed organizers who vowed to try again.

Organizers from the Sri Lanka Twins group had called on multiples across the island to pack a sports stadium in the capital Colombo to try to break Taiwan's Guinness World Record set in 1999 of 3,961 pairs of twins, 37 sets of triplets and four sets of quadruplets.

But a bigger than expected crowd flocked to the stadium, with a long registration queue snaking around the arena as birth certificates were checked and participants posed for photographs.

"We had more than we expected. Getting them all to go through a single entry point was not easy," Sri Lanka Twins spokeswoman Wasana Ranasinghe told AFP.

A mother of twin girls aged 10, Ranasinghe said just over 6,000 pairs -- ranging from ages of three months to 89 years -- had been registered during a five-hour period.

However, not all of them remained at the stadium to pose for a mandatory group photo or waited for at least five minutes, as required by the guidelines, she added.

"We will know in two weeks if we actually qualified for the record or not, but even otherwise, we have managed to raise awareness," she said.

Ranasinghe and many others told AFP they wanted to try to break the record again if they fail this time, confident they would be able to attract a similarly large crowd.

Some twins travelled for hours just to be part of the record attempt.

"Now that we know our strength, we can even make another attempt," Jayantha said while posing for photos with other twins.

Software engineer S. Sathiyan and his village official twin Sayanthan travelled 400 kilometres to Colombo from Jaffna in the country's north.

"We travelled for 10 hours by train to get here on time," Sathiyan said.

"We thought it was an opportunity to see so many twins and be part of something that would be good for the country."