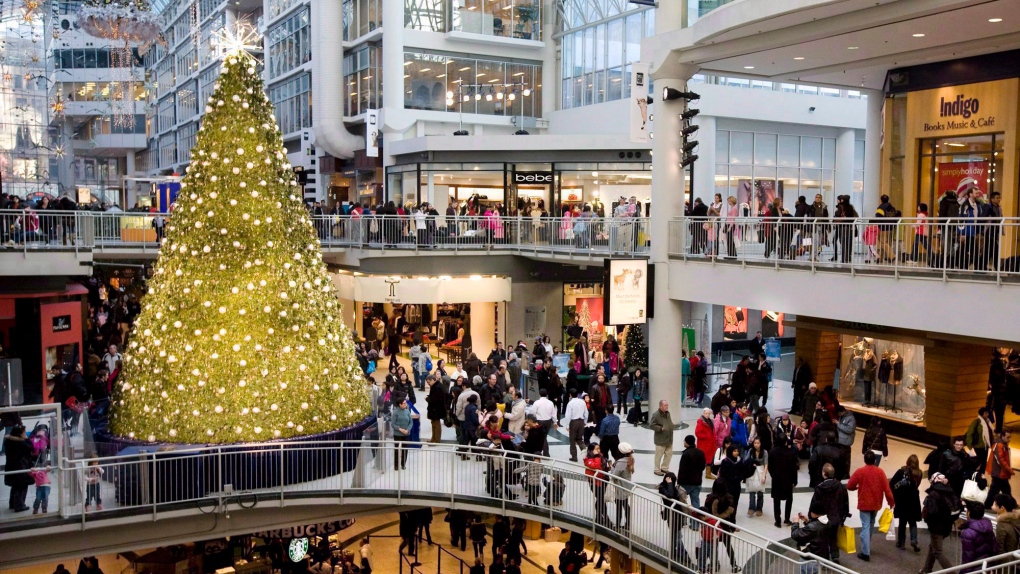 We’re only two weeks into November, but if you’re already developing visceral reactions when you hear Mariah Carey begin to warble, “I don’t want a lot for Christmas…”, you’re not alone.

Many of us can’t stand hearing Christmas music this early in the winter. For us, Bing Crosby and Nat King Cole don’t leave us merry; they leave us stressed.

Linda Blair, a clinical psychologist in England, says listening to Christmas music too early in the holiday season can stress us out because the songs only serve to remind us of all the things we have yet to do to get ready for the holidays.

“It might make us feel that we’re trapped – it’s a reminder that we have to buy presents, cater for people, organize celebrations,” she recently told Sky News.

Calgary-based music therapist Jennifer Buchanan agrees that holiday music can irritate, but it can also do exactly what retailers hope it will: inspire us.

“How it will affect you depends on where you’re at,” she told CTVNews.ca in a telephone interview.

“In some, holiday music might trigger frantic panic, or maybe it reminds you of all the stress of this season, of winter driving – all those things. But it can also go the other way. For some people, they feel lighthearted and uplifted and inspired by the music.”

Christmas music can become irritating enough to shoppers, but for those who work in retail, the never-ending playlist of silver bells and ho-ho-ho’s in the background can be a slow form of torture as they struggle to tune it out.

Buchanan says it doesn’t have to be that way.

“I would love to see business owners get more creative with their music and recognize that music does have an effect on their workers,” she says. “The music (in a store) should be just as important as the window display, or the store layout. I’m very passionate about that.”

As a music therapist for the last 27 years, Buchanan knows the strong emotional reactions music can evoke. For those who truly dread the holidays, Christmas music can be irritating; for those who are lonely, the songs might stir up only sad memories.

But even those who love -- or at least tolerate -- the holidays, having to listen to Christmas music in every store, on every ad, and on every radio station can be grating to even the most fervent music lover.

Buchanan says there’s an easy fix to that: Switch it up.

If you’re sick of Bing’s version of the carols, why not try Otis Redding’s, or Charlie Parker’s, or Run-DMC’s? Listening to the old classics in a new genre is a great way to never tire of the favourites.

“Try instrumental music,” she also recommends. “Often, it’s the lyrics of these songs that can be triggering for some people, so try something new.”

Music has the ability to inspire, Buchanan says, because it helps release feel-good hormones, such as dopamine and oxytocin. Those hormone releases are the reason we experience chills when we hear a beautiful voice or a moving song.

One good way to re-kindle your love for music is to go out and see a live show, she suggests. Just the mere act of getting out of the house, meeting up with friends, and watching music played right in front of you can be enough to lift your spirits and forge a new connection with music.

“You might hear a Christmas song that you can’t stand done in a new way and you’ll go, ‘Huh, I love that version.’”

Don’t write off all Christmas music just because you’re tired of the same old artists playing the same old songs. Get on the internet and find something new, then make your own playlists and share them with friends, Buchanan suggests.

“The best thing about music today -- and aren’t we fortunate -- is that it’s vast and accessible for all of us."