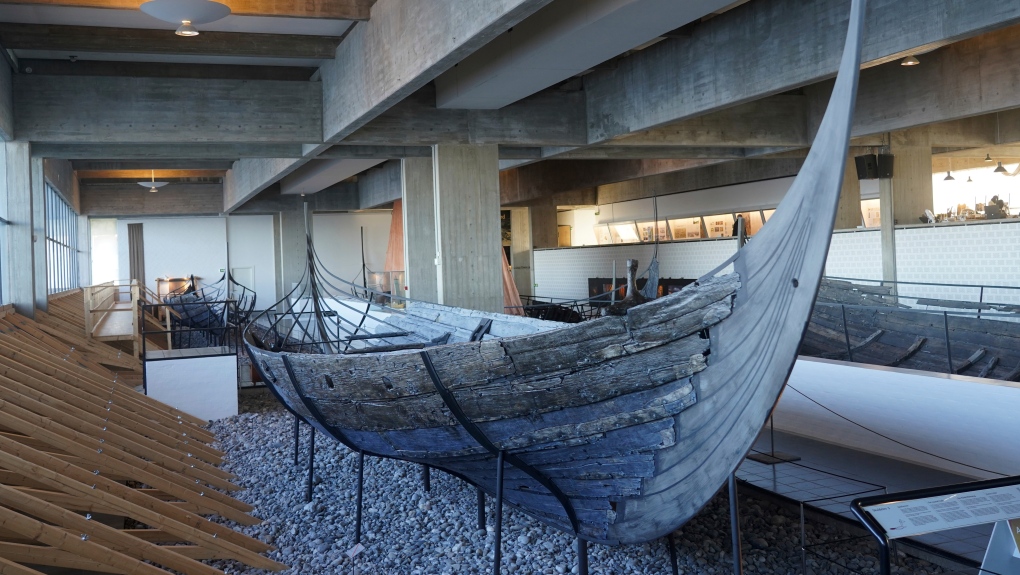 For thousands of years, wooden sailboats allowed the peoples of Northern Europe to spread trade, influence and sometimes war across seas and continents.

The term "clinker" is thought to refer to the way the boat's wooden boards were fastened together.

Supporters of the successful nomination hope it will safeguard and preserve the boat-building techniques that drove the Viking era for future generations as the number of active clinker craftsmen fades and fishermen and others opt for vessels with cheaper glass fiber hulls.

"We can see that the skills of building them, the skills of sailing the boats, the knowledge of people who are sailing, it goes down and it disappears," said Soren Nielsen, head of boatyard at the Viking Ship Museum in Roskilde, west of Copenhagen.

The museum not only exhibits the remains of wooden vessels built 1,000 years ago, but also works to rebuild and reconstruct other Viking boats.

The process involves using experimental archaeological methods to gain a deeper, more practical understanding of the Viking Age, such as how quickly the vessels sailed and how many people they carried.

Nielsen, who oversees the construction and repair of wooden boats built in the clinker tradition, said there are only about 20 practicing clinker boat craftsmen in Denmark, perhaps 200 across all of northern Europe.

"We think it's a tradition we have to show off, and we have to tell people this was a part of our background," he told The Associated Press.

Wooden clinker boats are characterized by the use of overlapping longitudinal wooden hull planks that are sewn or riveted together.

Builders strengthen the boats internally by additional wooden components, mainly tall oak trees, which constitute the ribs of the vessel. They stuff the gaps in between with tar or tallow mixed with animal hair, wool and moss.

"When you build it with these overlaps within it, you get a hull that's quite flexible but at the same time, incredibly strong," explained Triona Sorensen, curator at Roskilde's Viking Ship Museum, which is home to to the remains of five 11th-century Viking boats built with clinker methods.

Nielsen said there is evidence the clinker technique first appeared thousands of years ago, during the Bronze Age.

But it was during the Viking Age that clinker boats had their zenith, according to Sorensen. The era, from 793 to 1066, is when Norsemen, or Vikings, undertook large-scale raiding, colonizing, conquest and trading voyages throughout Europe. They also reached North America.

Their light, strong and swift ships were unsurpassed in their time and provided the foundations for kingdoms in Denmark, Norway and Sweden.

"If you hadn't had any ships, you wouldn't have had any Viking Age," said Sorensen. "It just literally made it possible for them to expand that kind of horizon to become a more global people."

While the clinker boat tradition in Northern Europe remains to this day, the ships are used by hobbyists, for festivities, regattas and sporting events, rather than raiding and conquest seen 1,000 years ago.

The UNESCO nomination was signed by around 200 communities and cultural bearers in the field of construction and traditional clinker boat craftsmanship, including Sami communities.

The inscription on the Intangible Cultural Heritage list obliges the Nordic countries to try to preserve what remains of the fading tradition.

Georgia Gov. Brian Kemp defeated his Donald Trump-backed challenger David Perdue on Tuesday after a furious push by the former president to punish Kemp for not overturning the 2020 election results. Kemp's victory sets up another general election race against Democrat Stacey Abrams, who was unopposed in her primary.